African Americans Less Likely to be Dean than Director 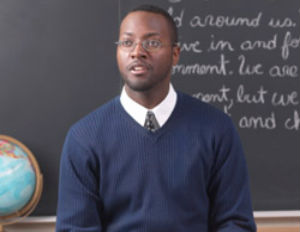 “Business schools have long recognized the value of attracting and educating a diverse group of MBA, undergraduate, and doctoral students,â€ said Bernard J. Milano, The PhD Project’s co-founder and president of the KPMG Foundation, in a press release. “But when minority students look at business school faculties and leadership, they see very few people who look like them. This can send the signal that business isn’t for them.”

Milano, the program’s creator and lead sponsor, noted that African Americans, Hispanic Americans, and Native Americans are also extremely underrepresented (4.0%) as faculty members at business schools. This, he pointed out, deters young undergraduates who are choosing a major or college; those who do study business are deprived of role models, mentors, and career coaches who could help them succeed academically.

Since The PhD Project was formed in 1994 the number of minority faculty has more than quadrupled. However, though business schools are supportive of The PhD Project’s efforts to increase faculty diversity, “still, there is a long way to go,” Milano acknowledged.

The PhD Project has also begun an initiative to encourage more minority faculty members to apply for positions as deans and other senior administrators. During the current academic year, four African Americans and one Hispanic American have become business school deans. Currently among the 1,601 business schools, there is one Native American dean.

For more information on The PhD Project, visit http://www.phdproject.org.