Eddie Murphy Wiki: 10 Facts You Didn't Know About The King of Comedy 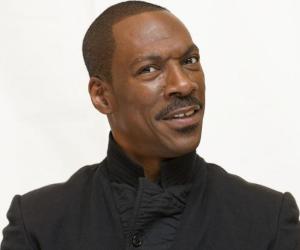 Just like in basketball, there wouldn’t have been a Michael Jordan if Julius ‘Dr. Jay’ Erving wasn’t fascinating audiences with his incredible dunks and the energy he brought to the court.

Before Mike Epps, Kevin Hart, Katt Williams, Tracey Morgan or any other black comedian grabbing the spotlight these days, there was a bright star from New York taking the comedy world by storm. Eddie Murphy was responsible for making our sides hurt with continuous laughter. Of course, Richard Pryor was influential to a young Murphy.

It’s been 30 years since Eddie Murphy’s first film “48 Hrs” was released and he has made strides ever since.

To commemorate his success over the years, BlackEnterprise.com has compiled a few facts about our generation’s King of Comedy.

7. 1998 (Mulan, Dr. Doolittle and Holy Man) and 2002 (Showtime, The Adventures of Pluto Nash and I Spy) are the only years he released more than 2 movies in the same calendar year.

9. The Alex Foley character in Beverly Hills Cop played by Murphy was originally supposed to be played by Sylvester Stallone.

10. Murphy is the only Saturday Night Live cast member to host the show whilst still a regular. This happened in 1984 when he stepped in for planned host Nick Nolte, who was ill. (from the StuView)