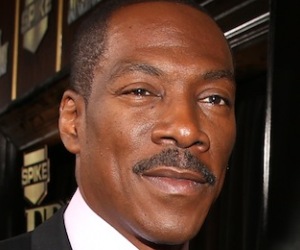 Eddie Murphy, after being honored several weeks ago on Spike TV, has a ‘distinction’ added to his accolades this year. Forbes has named him the most overpaid actor in Hollywood.

The magazine has estimated that for every $1 Murphy was paid for his last three films, they returned an average of $2.30 at the box office.

Forbes looked at the last three films each actor on the list starred in over the last three years that opened in more than 2,000 theaters, calculating the return on investment for the studios who pay his (or her) salary.

Read the article on Forbes