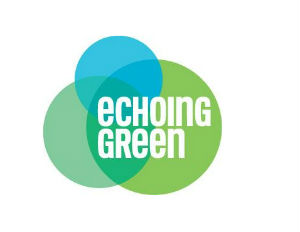 Since 2007, there’s been an increase in the number of young people starting for-profit social enterprises. And organizations are out there providing seed money to help budding social entrepreneurs grow their startups. One such group is Echoing Green (www.echoinggreen.org), a New York City-based global foundation that provides grants to help emerging entrepreneurs turn their innovative ideas into sustainable businesses.

Each year Echoing Green awards 12 to 15 two-year fellowships. Recipients receive seed funding ($80,000 for individuals and $90,000 for partners), technical support, one-on-one counseling, and other resources. Eligible enterprises can be either for-profit or non-profit but they must be in the startup phase (less than two years in operation). To date, Echoing Green has awarded $31 million in startup capital to more than 500 social entrepreneurs from more than 40 countries.

It was in 1992 when the idea came to Dorsey, a Harvard Medical School student at the time, to launch a mobile health unit. More than a decade later, this Family Van was serving close to 7,000 patients annually.

Although trained as a pediatrician, Dorsey sees social entrepreneurship as an “opportunity to work at a broader, more holistic, community levelâ€ rather than helping one person at a time. Dorsey is the first Echoing Green Fellow to head the social venture fund.

While every social entrepreneur Echoing Green invests in is different, common traits include: they have the ability to drive change; they’re outcome oriented; they know how to attract various resources to their cause; and they’re purpose driven.Â  Dorsey says the organization looks for entrepreneurs who can solve problems rather than just generate ideas or try to create more new innovations.

March On Washington 50: We Must Ring The Bell Of Economic Freedom

US Economy Growing Faster Than Expected