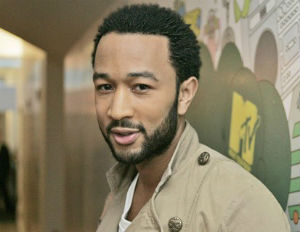 This April, music lovers from around the world are invited to join together on the island of Tobago to experience a unique fusion of electrifying performances as the island celebrates the fifth annual Tobago Jazz Experience. The popular spring event has always featured some of the world’s top jazz, R&B, neo-soul, fusion and of course local and regional acts. In addition to music, the nine day festival heldÂ April 19-27, 2014Â represents Tobago’s vibrant culture and history, unique gastronomy and friendly residents.

Saturday, April 19Â – Jazz in the East gets the party started in the village of Speyside. Big ticket names on the 2013 soca circuit are set to share the stage with some ofÂ TrinidadÂ and Tobago’s emerging acts to set the vibrant tone for the week. Famous for its dive sites, Speyside has no shortage of diversions and many visitors choose to arrive early and spend the day.

Sunday, April 20Â — Against the magnificent views of Tobago’s coastline, Signal Hill, a.k.a “heaven on a hillâ€ hostsÂ Hillside Jazz, where upcoming talent are invited to showcase their creativity and dynamism.

Monday, April 21Â – After a successful debut in 2012,Â Edu-Jazz returns to the festival schedule for the benefit of the next generation of musicians. Jazz education and performance workshops will take place at various schools, allowing students to interact with, and learn from, the seasoned performers featured during the festival.

Tuesday, April 22Â – On EasterÂ Tuesday, the coastal village of Buccoo comes alive with theÂ Buccoo Goat Races which includes traditional goat and crab races. Skilled jockeys race specially trained goats for a year’s worth of bragging rights while patrons have the opportunity to try their hand at crab racing. The event starts with a street parade, where booths offering local crafts, food and drink line the streets. Many residents even open up their homes and invite visitors to sample authentic cuisine after working up an appetite at a day at the races.

Thursday, April 24Â — In preparation for the biggest acts of the week, visitors can relax with toes in the sand, refreshing cocktails and the sounds of reggae and jazz atÂ Northside Jazz on Castara Beach. Visitors are encouraged to sample authentic dirt oven bread indigenous to the village of Castara. This one-of-a-kind culinary delight is prepared in a vintage dirt oven using wood fire and dough wrapped in wet banana leaves.Â  The oven is located directly on the beach, so guests can enjoy the music and bread making all at the same time.

Friday, April 25Â — The weekend kicks off withÂ World Music Night at Pigeon Point Heritage Park. The Caribbean breeze and moonlight create the perfect backdrop for the concert where nine-time Grammy award winner John Legend will perform his hit single ‘All Of Me’ along with favorites ‘Ordinary People’, ‘Green Light’ and ‘Best You Ever Had.’ Grammy-award winning R&B singer Brandy will also take the stage, performing hits from her five studio albums, including “Two Eleven,â€ “Never Say Neverâ€ and “The Boy is Mine.â€

Saturday, April 26Â — Pantrinbago is set to perform a special set of pan and jazz that has morphed into theÂ Pazzazz experience. Spellbinding performances by celebrated artistes like Len “Boogsieâ€ Sharpe and Earl Brooks have all featured in recent years. In addition, theÂ Jazz on the Beach series hosted at Mt. Irvine Bay will feature some well-known and lesser known artists from international, regional and local circles. Visitors to this program are sure to enjoy themselves as they lie on the beach and relax to the beat of jazz and crossover.