EA Access Allows Gamers To Play Xbox One Games For $5 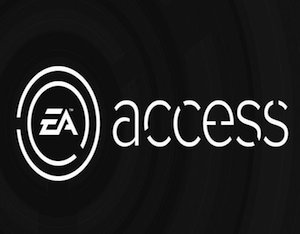 If you’re still riding high off of Bungie’s “Destiny” beta, then Electronic Arts’ latest news will make you euphoric.

The gaming company just announced that it will launch a subscription service through the Xbox One that offers gamers a host of EA games for one flat rate. Dubbed EA Access, people with Xbox Live membership can get a chance to enjoy released and upcoming titles for $4.99 a month. Titles such as “FIFA 14,” “Peggle 2,” “Battlefield 4″ and, of course,”Madden 25” will be available for playing however long the gamer wants.

The four games that have been announced will also include a 10% discount on digital EA content for EA Access members. This also includes full games that are sold through the Xbox Games Store. In addition to all that, members will also get early access to trials of upcoming titles such as “NBA Live ’15,” “Dragon Age: Inquisition,” “Madden NFL ’15,” “NHL ’15,” and “FIFA ’15” a full five days before retail release.

If $4.99 is too high of a price for players to fork over, the EA Access service offers a $29.99 annual membership fee. Interestingly enough, GameStop, a U.S. retail gaming chain, will sell the memberships, which will be available later this summer in several different countries, including Australia, Austria, Canada, France, Germany, Ireland, Italy, Mexico, New Zealand, Spain, the United Kingdom, the United States, and Canada.

ESPN’s Stephen A. Smith put his foot in his mouth when sharing his thoughts about domestic violence on the air.

6 Ways To Take Your Career To The Next Level