It’s no secret that in the past year, the e-reader market has witnessed a flood of products. What started out as single-device envy for Amazon’s Kindle has now stoked the fires of the tech industry, spurring conversation and sales, tech vendors hope. With the release of Apple’s iPad (www.apple.com; $499 and up), the frenzy has only increased; these newest devices threaten to blur the line between e-reader and multimedia slate (or, perhaps, obliterate the line).

Here’s how to make sense of it all.

What is it? An e-reader is an electronic device that in simple terms enables you to read digital books, magazines, newspapers, and PDFs, among the many forms of digital media. Most e-readers run on the Linux operating system, although a few run on Windows Vista and Windows CE. Newer devices typically feature color touch screens (including capacitive touch), Wi-Fi, and/or 3G connectivity.

Who makes it? Devices on the market range from Amazon’s Kindle DX (www.amazon.com; $489), to Fusion Garage’s JooJoo (www.thejoojoo.com; $499), an Internet device/e-reader that could be the iPad’s biggest rival.

What does it do? Besides letting you read, some let you take notes (Sony Reader Touch Edition; $299); consume other digital media, such as music, games, and videos (iPad); add external storage (iRiver Story; www.iriver.com; $290); and lend e-books to friends (Barnes & Noble Nook; $259). Some device makers such as Barnes & Noble also include e-reader software that is compatible with smart phones. You could effectively turn your BlackBerry or iPhone into an e-reader. But with the limited screen space, it probably wouldn’t make much sense if you’re reading long texts.

What should I consider? The big thing to consider is the total cost of ownership. This includes cost of books, applications, and connection. You can connect via Wi-Fi or via 3G–but keep in mind that data plans for 3G connectivity cost extra. Check with your provider for details.

This article originally appeared in the June 2010 issue of Black Enterprise magazine. 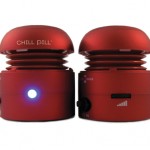