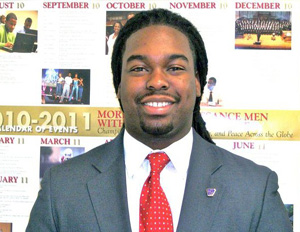 For many African Americans with dreadlocks, the pressures of cutting your hair to fit the mold of Corporate America can be commandeering. More often than not, black professionals are encouraged to do so for greater chances of employment, where African Americans remain a small minority in the workforce. But making the choice to cut or not to cut may not always be an easy decision.

For male students with dreadlocks who enroll in Hampton University’s MBA program, which currently bans ‘locks and cornrows in the classroom, that choice could not be more perplexing. The ban, which has been set in place for 11 years, recently made headlines after the school’s dean Sid Credle defended the prohibition, arguing that the hairstyles are not businesslike and will not land students employment in Corporate America. The dean cited a 99% success rate of students who found employment after completing the program.

But for Tyler Bailey, a former student in Hampton’s MBA program, the decision to cut his ‘locks was difficult.

“It was ridiculous,â€ says Bailey, 23. “I thought, ‘There’s no reason I should not [be allowed in the class] because I [have dreadlocks.]’â€

Bailey set up a meeting with Credle to express his reservations with the policy, which would prevent him from completing his requirements for the program. “He told me I should cut my hair, and that I wouldn’t regret the decision,â€ Bailey says.

Rather than giving in to the dean’s policy, which only applies to those in the MBA program, Bailey decided to change his major to business management. A year after leaving the MBA program Bailey says he ended up cutting his hair, however, the decision was a personal one and was not influenced by the his previous experience at the university.

Brian Terrell, a graduate of Morehouse College who works at a legal and civil rights firm in Chicago said he too was faced with the dilemma of cutting his ‘locks, but ultimately decided against it.

Terrell, who locked his hair for spiritual reasons, said he was once pressured to cut his hair by a Morehouse administrator at the college’s career services office. “It’s my hair. It grows from the scalp of my head. Why does it bother you?â€ he recalls.

Terrell says contrary to the universal idea that dreadlocks are career killers for African Americans, his ‘locks have never prevented him from landing a job. Since graduating, Terrell has interned at the White House’s Office of Presidential Correspondence and has worked for Jen Mason, who serves as the deputy chief of staff for the Office of Personnel Management.

Terrell also argues that when it comes to Corporate America’s acceptance of ‘locks and natural hair, African Americans have to begin to speak up and set their own standard. Ultimately, he says, your job should come down to your professional assets and not what’s on your head—though he admits the only people to ever express contempt for his hair has been other African Americans. His boss, who is white, compliments him on his locs, which are often styled up. “White people are fascinated,â€ he says.

Bailey, who entered law school at Southern University in Louisiana, says he doesn’t regret leaving Hampton’s MBA program despite later cutting his hair. “The business school is great. I respect everything Dean Credle is doing there, but having dreadlocks does not mean that anybody is less qualified or less professional.â€ 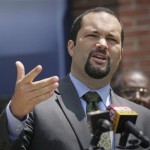