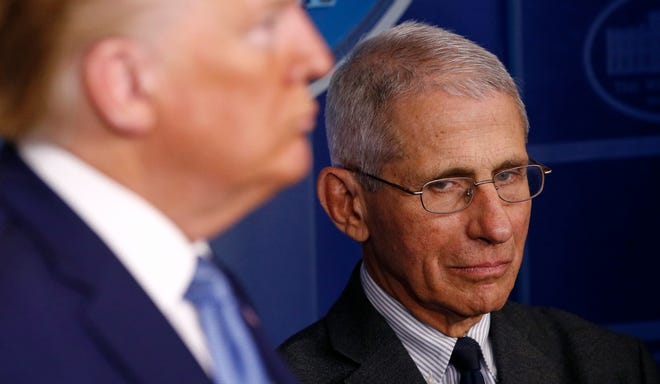 Dr. Anthony Fauci, the director of the National Institute of Allergy and Infectious Disease, said on a Wall Street Journal podcast that he believes people should never shake hands again.

“When you gradually come back, you don’t jump into it with both feet,” Fauci told Kate Linebaugh on The Journal Wednesday. “You say, what are the things you could still do and still approach normal? One of them is absolute compulsive hand-washing. The other is you don’t ever shake anybody’s hands.

“I don’t think we should ever shake hands ever again, to be honest with you. Not only would it be good to prevent coronavirus disease; it probably would decrease instances of influenza dramatically in this country,” Fauci added.

When asked on the podcast when or if life will get back to normal, Fauci said it will be a slow build that could take some time.

“It isn’t like a light switch on and off, it’s a gradual pulling back on certain of the restrictions and getting society a bit back to normal. . . bottom line, it’s going to be gradual,” Fauci said.

Fauci doubled down on his handshake claim later Wednesday at a White House press briefing.

“I mean it sounds crazy, but that’s the way it’s really got to be,” he said.

Fauci added that if current social-distancing measures are successful in slowing the spread of coronavirus through the end of April, it could be appropriate to start thinking about relaxing some restrictions. Additionally, he praised states and citizens for following quarantine restrictions, which has brought death estimates down from between 100,000 and over 200,000.

The coronavirus outbreak has led to more than 450,000 being infected, 16,000 of whom have succumbed to the disease. The virus has changed the world in just 6 months. Apple is now producing face masks and Bill Gates is risking billions of dollars on finding a vaccine. 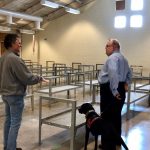 More Than 200 Inmates at Cook County Jail Infected With Coronavirus