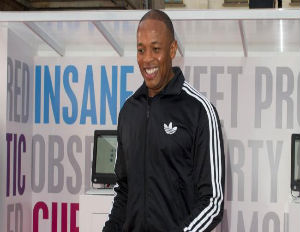 Dr. Dre is paid in full.

The ‘Ain’t Nuthin But a G-Thang’ rapper and producer ranked number one on a recently-releasedÂ Forbes list of the world’s 25 highest paid musicians. He made an estimated $110 million between May 2011 and May 2012. Dr. Dre also topped the Forbes’ list of Hip-Hop earners in September.

The majority of Dr. Dre’s earnings comes from the sales of his line of headphones, Beats by Dre, rather than his music.