In the News: Dow Plunges More Than 600 in Sell-Off; $10 Internet Access and More - Black Enterprise 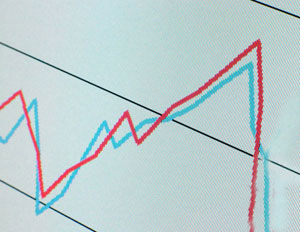 Wall Street stocks plummeted on Monday as skittish investors, already concerned about the economy, struggled to work out the implications of an unprecedented downgrade of the United States government’s credit rating, and sought safer places to put their money.

The declines, coming in the first opportunity for investors to sell since Standard & Poor’s cut its rating on the nation’s long-term debt late Friday, followed losses in global markets and set United States equities on track to extend losses that, for some, recalled the days of the 2008 financial crisis. They also reflected anxiety over the United States’ economy and Europe’s debt woes.

In a speech meant to quell the nerves of global investors in the aftermath of a decision by Standard & Poor’s to downgrade America’s previously perfect credit rating to AA+, President Obama said the American people have the strength to climb out of the economic hole we’re in. “We always have been and always will be a triple A country,â€ said the president, speaking from the White House Monday afternoon.

The New York hotel maid who accused former International Monetary Fund chief Dominique Strauss-Kahn of sexually assaulting her in May has sued him for unspecified damages, the Associated Press reports.

Cable and Internet provider Comcast is launching a new program to offer discounted Internet service and computer to low-income families.

The program, called Internet Essentials, will “provide low-cost access to the Internet and affordable computers as well as digital literacy training to families with children who are eligible to receive free lunches under the National School Lunch Program,â€ according to the company’s blog.

WATCH: How to Raise Venture Capital for a Tech Start-Up

8 Black Authors Who Went from Prison to Lucrative Careers