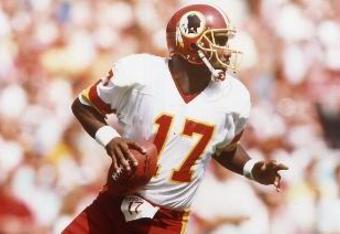 Williams told The News Star he was called into Grambling State President Frank Pouge’s office, handed his walking papers and told he was no longer coach.

“There wasn’t a lot of conversation. I told him ‘OK’ and I was gone,â€ Williams said.

Williams is perhaps best known for being the first black quarterback to win a Superbowl. He first entered the national scene as a strong armed, mobile quarterback for Hall of Fame head coach Eddie Robinson. He led the Tampa Bay Bucs to the NFC Championship game before heading to the USFL and eventually to Washington where he was named Superbowl MVP.

Grambling is schedule to play Lincoln (MO) in the Missouri Classic in Arrowhead Stadium on Saturday.