Rodney Williams is not what some would deem the stereotypical, Silicon Valley entrepreneur, and this has actually worked in his favor. He is a young, black male, from Baltimore, Maryland, who initially had dreams of being a rapper or a Division I athlete. Instead, he was bit by the entrepreneurship bug.

Williams once told his mother that he wanted to create a piece of technology that would change the world. Today, that is exactly what his ultrasonic protocol, LISNR, is poised to do.

For all of you who aren’t familiar with LISNR, this technology that enables proximity messaging, second-screen interactivity, authentication, and device-to-device connectivity. In layman’s terms, LISNR’s technology transmits data over audio you can’t hear.

There are a lot of real-world applications for LISNR, like pairing speakers or checking out faster. Though similar to traditional Bluetooth technology, LISNR takes it one step further. Instead of you having to do the work, LISNR will do it for you, which means less steps and more ease. The app opens up, authentication happens, and voilÃ ! You’re ready to use your headphones.

When asked if not being in Silicon Valley ever caused him to feel at a disadvantage, Williams–a BE Modern Man, who was also the cover subject of BLACK ENTERPRISE magazine’s May 2016 issue–said absolutely not. Furthermore, he doesn’t believe that living in Silicon Valley is essential to running a great company. And the proof is in the pudding; Williams raised over $14 million, and his company is based in Cincinnati, Ohio.

Williams says that when he expands, he probably will not even look to set up shop in Silicon Valley. “I’m actually not a fan of it,” he states.

“I love the talent that’s floating around in Southern California. When you think of our tech as a protocol, and the historical CE companies that have grown up there, there are a lot of other reasons for us to be in other places, given what we ultimately want to do,â€ he continues.

To learn more about Rodney Williams’ journey, and where he sees the future of technology going, check out the latest video podcast episode of BE the Code below:

Sequoia Blodgett is a technology editor for Black Enterprise, Silicon Valley. She is also the founder of 7AM, a lifestyle, media platform, focused on personal development,Â  guided by informed pop culture. 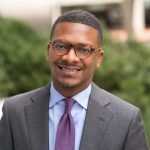