President Donald Trump plans on making a stop in Atlanta to try to drum up some support for his re-election campaign, according to The Atlanta Journal-Constitution.

The Black Voices for Trump coalition launch is kicking off Nov. 8 with a 3 p.m. rally at the Georgia World Congress Center. During the rally, Trump is expected to address the black unemployment rate and highlight a program in the Republicans’ 2017 tax-cut legislation that encourages investors to put money into underserved communities.

“Black Americans have never had a better champion than President Trump,” Katrina Pierson, senior advisor at Donald J. Trump for President Inc., wrote in a statement emailed to Newsweek. “The Black Voices for Trump coalition will be a national effort to mobilize and empower Black Americans who support President Trump to help get the message of ‘Promises Made, Promises Kept’ into communities across America.”

A senior White House official said Atlanta was selected for the launch because it is the center for African American life and culture in the United States. The official also highlighted Metro Atlanta’s fast-growing African American population as a contributing factor.

President Trump will also host a lunch to try to drum up support for U.S. Sen. David Perdue. The price of admission is $2,800 and will require more than $100,000 to attend a private roundtable with President Trump. If a person wants to take a photo with the President, it will cost $35,000. Vice President Mike Pence is expected to join him and speak to the audience as well.

In 2016, almost 8% of black people voted for Trump. A recent poll conducted by the Associated Press-NORC Center for Public Affairs Research showed that just 4% of those in the black community believe the president’s actions have benefited them. 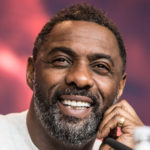