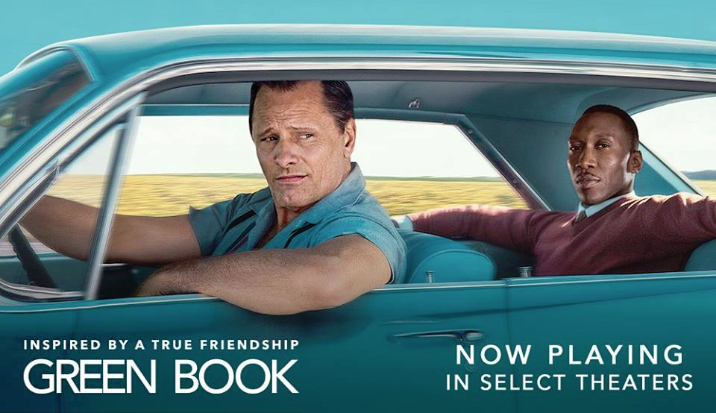 The family members of Don Shirley, the Jamaican-American pianist depicted in the movie The Green Book,  has issued a strong condemnation of the film which is based on events in Shirley’s life.

“As the only living brother of Dr. Donald W. Shirley, I, Maurice E. Shirley, Sr. am compelled to respond to this article. In agreement with Malcolm X who proffered that ‘every White man in America profits directly or indirectly from his position vis-a-vis Negroes, profits from racism even though he does not practice it or believe it.’ This movie, “The Green Book” is NOT about MY brother, but about money, white privilege, assumption, and Tony Lip!” writes Maurice Shirley in a letter sent to media including Black Enterprise.

The Green Book tells the story of Shirley and his white chauffeur and later actor, Frank Anthony “Tony Lip” Vallelonga as they travel through the Southern United States for an eight-week concert tour Shirley is scheduled to play. Vallelonga, who is from New York, is given a copy of The Green Book, a guide that actually existed, that instructed African American travelers on where to find safe havens throughout the deeply-segregated ’60s South. It is based on a real-life story and characters.

The movie, which premiered at the Toronto International Film Festival in September 2018 has received both accolades and backlash.

It won the People’s Choice Award and was named “Best Picture” by the National Board of Review. There has been industry talk of the film’s star, Viggo Mortensen as an Oscar contender for his portrayal of Vallelonga.

However, Mortensen recently came under fire for using the n-word during an event promoting the film. The actor has since apologized with the explanation that he was “attempting to make the point that the extreme, dehumanizing ugliness that this word conjures, the hateful attitude behind it, has not disappeared just because white people generally no longer use it as a racist insult.

Shadow and Act, a website dedicated to cinema, television and web content of Africa and its global Diaspora, called the movie, “a poorly titled white savior film.”

Writing for The Root, Monique Judge also lambasted the film:

It is definitely problematic in that it seems to gloss over the true horrors of the Jim Crow South and just how bad it was for blacks who traveled through and lived there. We never get to see Mahershala Ali, who does a splendid and regal turn as Dr. Shirley, display that gripping fear that black people feel even today whenever they drive down those dark country roads at night—let alone in 1962, when the film is set.

The potential dangers they face are never addressed in the film. Instead, Ali’s Shirley sits comfortably in the backseat, taking in the countryside and even sleeping innocently and comfortably as his white bodyguard—played by the immensely talented Viggo Mortensen—drives him through towns where black bodies likely swung from trees and where at times the only light probably came from burning crosses and white hoods.

“Our family is boycotting the film due to the implicit and the explicit affronts we have endured while critics have hailed the film for its artistic brilliance and its timely juxtaposition to the rise in hate crimes, White Nationalism, and neo-Nazism in the contemporary United States,” said Maxine C. Leftwich, another Shirley family member, via an email.

“This is a feel-good period piece that would make for a good fantasy in the style of Disney circa Dumbo. Despite the fact that it is ‘inspired by a true story,’ the inaccuracies that have been placed front and center are hurtful because they draw a completely inaccurate caricature of a family member that we loved and a misrepresentation of the relationships with other family members,’ she continued.

Maurice Shirley also addresses what he deems are lies in the film:

My brother never considered Tony to be his “friend”; he was an employee, his chauffeur (who resented wearing a uniform and cap). This is why context and nuance are so important. The fact that a successful, well-to-do Black artist would employ domestics that did NOT look like him, should not be lost in translation.

My brother NEVER had a teal blue Cadillac, it was always a black limousine.

The movie, supposedly asserts that he said he had a brother, Maurice, but he “…didn’t know where he was…”

Our Mother died when I was 2 days old, my brother was 9, he never lost touch with me as the movie purports…he was my Best Man when I was married in 1964. Our 2 brothers, Dr. Calvin H. Shirley and Dr. Edwin Shirley, Jr. were in attendance. He attended most, if not all, of the important events in our children’s lives. We saw each other often and talked, by phone, on a regular basis!!

My brother was NEVER beaten up as was so falsely depicted. Insulted, discriminated against, disrespected as a man and an artist, rejected…YES.

No one, EVER, had to teach my brother how to eat fried chicken. Nor would he have allowed “lessons” of such by a white man (given stereotypes). Lest one forgets, our Father was an Episcopal Priest, born in Jamaica and our Mother, likewise was from Jamaica, and when we moved to the States, we were in the South.

Further, to dispel any lies that he had no family or contact with us, I have his ashes — his remains — in my home, per his (and my) wishes.

Yes, this film is from the lens of the Vallelonga Family, and should never have been entitled “The Green Book”. “Green Card” may have been more accurate… Oops, they already made that film, didn’t they!!

That no one in our family was contacted until AFTER the film was made, could never be misconstrued as an oversight.

If the motive was to tell a true and authentic story, either about “The Green Book” and/or

Donald Shirley, they clearly missed the mark!! But that’s what the White Savior has promulgated!!

The family is also calling for a boycott of the film and asking moviegoers to wait to watch until it appears on cable. “This way, it limits the financial gain that the writers/producers will realize from the box office,” says Leftwich. 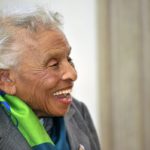 Olivia Hooker, One of the Last Survivors of The Tulsa Race Riot, Dies At 103 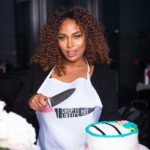