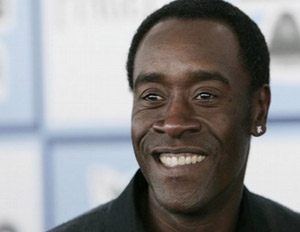 According to the Associated Press, actor Don Cheadle is going to see a years-long dream finally come true, playing Miles Davis in a biopic about a pivotal period in the iconic musician’s life and making his directorial debut.

BiFrost Pictures is set to finance and produce “Kill the Trumpet Player,” with production set to begin in June 2014.

With a script written by Cheadle and Steven Baigelman, the film is not set to be a traditional biopic, but it will focus on when Davis temporarily retired from the music industry only to re-emerged in the late ’70s.

Joining the cast will be Ewan McGregor, who will appear as a Rolling Stone reporter, and Zoe Saldana, who will play ex-wife Frances Davis.

Davis’ family as well as longtime friend and collaborator Herbie Hancock will be part of the project as well.

3 Life-Changing Leadership Lessons from a Batkid