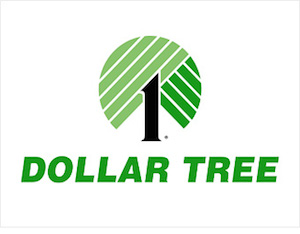 With roughly 12,000 stores in the United States, discount retailer Dollar Tree has announced that it would buy out rival Family Dollar for about $8.5 billion.

The acquisition means that Dollar Tree, Inc. has now created North America’s biggest discount enterprise. Shares of Family Dollar have been under pressure from its board to sell, as it rose almost 25% to $75.50 in pre-market trading on Monday (July 28). Dollar Tree also experienced a boost as shares went up 8.8% at $59.

The discount retailer advertises that its products cost $1 or less and caters to the middle class. While Family Dollar does the same, it also stocks items that are priced $2-$5 and higher as well. “This acquisition will extend our reach to lower-income customers and strengthen and diversity our store’s footprint,” Bob Sasser, Dollar Tree’s CEO said in a written statement.

With a weak U.S. economy still struggling to find its footing, dollar stores have had a hard time trying to battle against competition such as Wal-Mart, which is also chasing penny-pinching consumers. Activist investor Carl Icahn, Family Dollar’s largest shareholder with a 9.4% stake, wanted to sell the company to Dollar Tree to help it cope with the competition. As Family Dollar’s board approves the decision, the move to close about 13,000 stores across the United States and Canada will begin once the deal closes.