Does Walmart Rely on Taxpayers to Subsidize Workers' Pay? 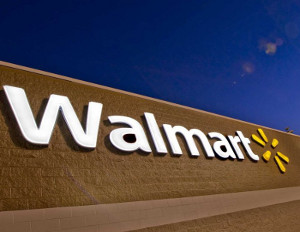 A new report shows taxpayers pay for the budget deficits faced by Walmart’s low-wage employees who receive no benefits.

Congressional Democrats released a study Thursday that shows Wal-Mart’s wages are so low that many of its workers must rely on food stamps and other government aid programs, costing taxpayers as much as $900,0000 at just one Wal-Mart Supercenter in Wisconsin.

The report, “The Low-Wage Drag on Our Economy,â€ was produced with the House Committee on Education and the Workforce, and found that WalmartÂ had more workers enrolled in the state’s public health care program in last year’s last quarter than any other employer.

Walmart responded saying, “Unfortunately there are some people who base their opinions on misconceptions rather than the facts …Â We provide a range of jobs – from people starting out stocking shelves to Ph.D’s in engineering and finance. We provideÂ educationÂ assistance and skill training and, most of all, a chance to move up in the ranks.”