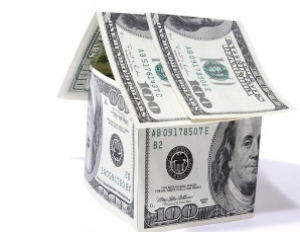 The Labor Department reported Friday that the unemployment rate moved down in August to 5.1% from 5.3%, putting unemployment at its lowest level since April 2008. In addition, the report showed the economy created 173,000 new jobs in August, which is lower than expectations.Â  The unemployment rate for blacks rose slightly to 9.5%, nearly double the national level.

Federal Reserve policymakers clearly don’t use the level of black unemployment as the tipping point for interest rate policy, and many feel the Fed will pull the trigger on a rate hike at their meeting on September 16 and 17. “This is not going to be like the previous rising rate cycles where the Fed raised rates at every meeting,â€ says Greg McBride, chief financial analyst at Bankrate.com. Â “Once the Fed starts, they’ll pause in between moves to assess the economy. The pace will be gradual, and the ultimate end points for interest rates will still be a lot lower than we’ve seen in past years,â€ he adds.

Market turmoil and concerns over a global economic slowdown as a result of a struggling Chinese economy has many saying the Fed should think twice before making a move. “Raising rates now has the potential to create economic problems,â€ says Elise Gould, a senior economist at the Economic Policy Institute. “One of the objectives of raising interest rates is actually to put a hold on wage growth … to stop price inflation.Â  I don’t think the economy is there yet, and a rate hike could slow it down and have negative repercussions.â€

Christine Legarde, managing director of the International Monetary Fund, also thinks the Fed should be cautious.Â  The IMF recently said, “significant uncertainty around inflation prospects, the degree of slack, and the neutral policy rate … there is a strong case for waiting to raise rates until there are more tangible signs of wage or price inflation,â€

Still, consensus on Wall Street seems to be that higher rates are on the way, as evidenced by Friday’s stock market activity.Â  Investors also reacted to hints from Jeffrey Lacker, the president of the Federal Reserve Bank of Richmond and a voting member of the Fed’s policy making team, who spoke in Richmond Friday morning.

“Progress has been slow and uneven but the economy has worked its way back from the dislocations of the Great Recession. Unemployment is close to pre-recession levels, real GDP growth has been slow but steady, and inflation is tracking our objective. I am not arguing that the economy is perfect, but nor is it on the ropes, requiring zero interest rates to get it back into the ring. It’s time to align our monetary policy with the significant progress we have made,â€ said Lacker, leaving many to believe that an interest rate hike is only a few weeks away.