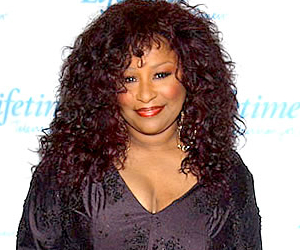 As reported on The Industry Cosign, famed vocalist, Chaka Khan, by doctor’s orders, has cancelled several upcoming concerts. Although Khan has cancelled the shows, she will definitely be in attendance at the Apollo Spring Gala, which is honoring her on Monday, June 10, at the Apollo Theater in New York.

She is being inducted into the Apollo Legends Hall of Fame at its 8th Annual Spring Gala Benefit where Erykah Badu will present Khan with the Apollo’s highest honor. In addition, the program will include special tribute performances by Patti LaBelle, Mary J. Blige and Deborah Cox.

“Due to her doctor’s orders, it’s best that we move the date to give her the proper and adequate time to promote and market the new album,â€ says Khan’s manager, Tammy McCrary of Chaka Khan Management and Enterprises. “We are looking forward to a great project and a very robust concert and tour schedule this fall.â€

The cancelled shows include The Capital Jazz Festival at the Merriweather Post Pavilion in Columbia, MD (Saturday, June 8); the Pittsburgh International Jazz Festival, held outdoors in the downtown Cultural District in Pittsburg, PA (June 9); an appearance with the Columbus Symphony Orchestra at Columbus Commons in Columbus, OH (June 14) and Joni: A Portrait in Song at Massey Hall in Toronto, Canada (June 18 and 19).