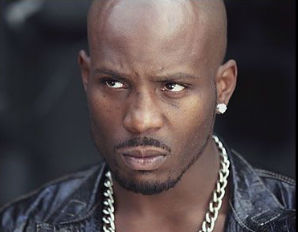 DMX has been the source of media headlines ever since his interview on Oprah Winfrey’s OWN’s Iyanla: Fix My Life aired last Saturday (April 13).

While the Yonkers-bred MC said that he was not on drugs during the interview with Vanzant, the OWN episode told a different story; thus, people have heavily questioned the rapper’s well being–mentally and physically. Now, X is firing back, saying, “Iyanla pulled a fast one,â€ reports TMZ.

The show host didn’t hold her tongue when trying to get to the root of DMX’s drug use and family life, and looking back, the former Ruff Ryder doesn’t appreciate the show’s attempt to misrepresent him.

According to TMZ, “She was supposed to ask him about his addiction to WOMEN … not drugs … and the dope questions were NEVER cleared beforehand.â€ And as a result of the rapper’s negative attention, DMX wants OWN to remove the footage of the interview immediately. The celeb media outlet says DMX has reached out to his team to “explore legal options.â€

Utterly displeased with the way Iyanla “set upâ€ the interview, DMX had one thing to say as soon as the public slaughtering came to an end: “Iyanla set the whole thing up to make me look bad for ratings,” adding, “That lady is toxic … My last words to her were that she can suck my d**k and she still can.”

In case you missed Iyanla’s intense interview with DMX, take a look at a clip below.

6 Apps to Upgrade Your Networking Skills