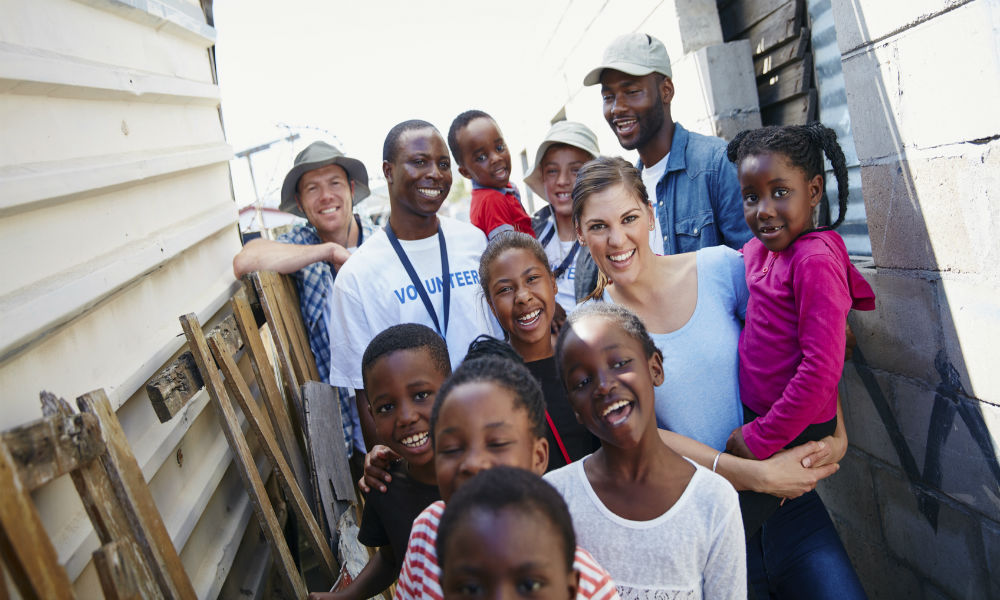 August has been designated as Black Philanthropy Month. For the past five years, scores of successful, affluent African Americans have traveled during the month of August to bucolic Martha’s Vineyard, to discover new ways to uplift communities of color.

Attendees recently came together for the fifth annual Head and Heart Philanthropy Summit, which is considered one of the leading events for philanthropists, social entrepreneurs, and thought leaders to focus on a range of domestic and global causes. Christal Jackson, who launched and organized the event, describes its intent in her written welcome statement, as follows:

“Explore how we can maximize our dollars, increase opportunity for communities of color, leverage impact investing as a leading tool for social change, and identify promising trends transforming diverse communities.”

This year, I had the opportunity to attend the Summit and join the group of foundation heads, government officials, venture capitalists, angel investors, and many others, who participated in the track for impact investing or “disruptive philanthropyâ€– a term used by a number of session attendees.

The Global Impact Investor Network (GIIN) defines impact investing as, “Investments made into companies, organizations, and funds, with the intention to generate social and environmental impact alongside a financial return.â€ As such, these transactions involve banks, pension funds, wealth managers, foundations, private investors, and development finance institutions. According to GIIN, there were $60 billion in impact investments under management in 2015, and roughly 70% met and 19% exceeded, respectively, expected returns for such vehicles.

Watson and her team structured discussion areas based on the most pressing social concerns and emerging business trends, ranging from theÂ advancement of America’s urban hubs to access to tech entrepreneurship.

In this powerful session, Columbia, South Carolina Mayor Steve Benjamin and Minnesota Mayor Betsy Hodges maintained the critical need for greater philanthropic efforts and public-private partnerships to improve America’s cities. For example, Benjamin shared the fact that 312,000 black and brown children subsist 200% below the poverty line, while the alarming rate of infant mortality has risen throughout the state. “You have a 50% chance of making it to your first birthday, if you’re a black boy born in South Carolina, versus a white child. So, if you’re born in Cuba, Botswana, or Bolivia, you have a greater chance of making it to your first birthday,â€ he said.

As a result, Benjamin says the city and its partners have invested heavily in youth programs, including camps, safer parks, and summer jobs. “We cut our jails’ budget and scaled it up, so we could fund 1,000 jobs for our kids to work in the field of their choice, ” he asserted.

He also cited that the number one cause of death for young, black men between the ages of 10 and 12 continues to be homicide. While Benjamin addressed such violence among youths, he maintained that the city has taken a data-driven approach to police department oversight, as a means to ensure that “those who are in power to protect our children, are not killing our children.â€

Hodges told the attendees the solution to such challenges, in part, can be found in the expansion of minority entrepreneurship. “Minority entrepreneurs hire people of color. They’re more likely to invest in their neighborhoods. They get it,â€ he said.

Tech: The Pathway of Building a Black and Brown Wall Street

Another session focused on investors making an impact on the diversification of the tech sector through the funding of startups founded by African American and minority innovators. Brian Dixon, a partner with Kapor Capital, the venture capital investment arm of Oakland-based Kapor Center for Social Impact, told the group to apply to change the face of tech, while developing new models of wealth creation. He offered four options to achieve this:

Dixon used Kapor Capital—which invests in financial tech, education, healthcare, and POT (People Operations Technology)—as a model for investors identifying early-stage investment opportunities and making a difference. For one, it represents a rarity in Silicon Valley, as a venture firm in which 60% of its portfolio includes companies with founders who are either people of color or women. Additionally, only two percent of firms with such diverse ownership have gained overall VC financing.

To ensure that it is truly diversifying the industry, Dixon says the 81 portfolio companies of Kapor are focused on mitigating workplace bias, and they have signed a commitment that says they will build a diverse and inclusive workforce.Â  The criteria includes setting diversity goals, applying POT, and volunteering with underrepresented communities.

Said Dixon, “If you’re in a position [to] invest in entrepreneurs, it’s the most transformative thing that you could possibly do.”

Grit, Grind And Shine: US OPEN Chairman Shares What Everyone Needs To Know About Success

The New Majority in Higher Ed