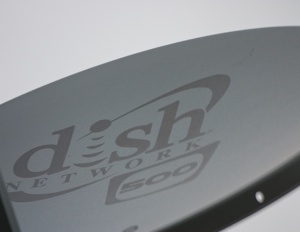 The decision to accept Bitcoin as payment is great for customer convenience, and a differentiator amongst Dish's competitors.

You can now use bitcoins to watch television.

On Thursday, satellite television provider Dish announced that it will soon begin accepting Bitcoin, the virtual currency, as payment for its service.

“We always want to deliver choice and convenience for our customers and that includes the method they use to pay their bills,â€ says Bernie Han, DISH executive vice president and chief operating officer, in a press release. “Bitcoin is becoming a preferred way for some people to transact and we want to accommodate those individuals.â€

The decision to accept Bitcoin lends the virtual currency some credibility. After all, who wants to accept fake money for real service?

The support for the currency of the future is a good move for Dish, as it can now enter the pantheon of large businesses that accept bitcoins for payment, like Overstock.com and Virgin America.

As far as the handler of Dish’s bitcoin transactions, the company has partnered with Coinbase, which raised $25 million in a round of funding from venture capital firm Andreessen Horowitz, putting its funding around $31 million.

Dish isn’t exactly banking on bitcoin to become the new currency of the world yet. It still has to pay bills, after all. “DISH will use Coinbase’s Instant Exchangeâ„¢ feature to exchange bitcoin payments to U.S. dollars at the moment of the transaction,” the company says, showing that it has at least some faith in the currency retaining value in the future.

Dish is the first television provider to accept bitcoin, which has received both good and bad publicity thanks to its anonymous nature. The differentiator could make people banking on the currency more likely to use Dish as a show of support for the decision, although it isn’t keeping the payment in bitcoins.

Entrepreneurial Myth or Real Talk- Is Entrepreneurship Best When Young?