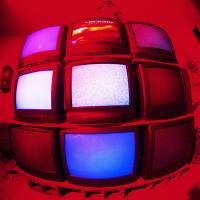 The Senate voted late Monday to move the deadline for digital television transition to June 12 because millions of households are still unprepared for the switch.

The vote would postpone the original Feb. 17 deadline for major stations to discontinue sending analog signals.

A 2005 mandate that all television stations operate in an all-digital broadcasting format by February encountered a number of stumbling blocks that had key lawmakers and President Barack Obama seeking the four-month extension.

The Senate bill is scheduled for a House vote Wednesday morning. If passed, then the transition will be delayed.

The delay would give the Obama administration time to shore up the converter box program. To ready Americans for the change, the federal government made $40 coupons available to residents for the purchase of a converter, usually priced from $40 to $80. These coupons help cover the costs of set-top converter boxes that allow older TVs hooked up to antennas to receive the new digital signals. There a now more than two million coupon requests on the waiting lists. Furthermore, as of January more than 6.5 million households or 5.7% of all homes were not ready for the switch, according to Nielsen.

Approximately 9.9% of African-American households areÂ  unprepared for the switch, according toÂ  Nielsen. This means that if the transition date remains the same, on Feb.Â  17 TVs in these homes will lose their signal if consumers don’t take timely action.

In a letter to Congress penned earlier this month, John Podesta, Obama transition team co-chair, said the president supports a limited delay which would give the administration the opportunity to resuscitate and modify the coupon program.

The cable industry on Friday announced plans to spend $20 million on a call center with 7,000 operators to handle questions by consumers confused about how to hook up or program the set-top digital converter boxes.

How to Get a Coupon

The Department of Commerce’s National Telecommunications and Information Administration, which is responsible for running the TV Converter Box Coupon Program, is providing up to two coupons per household upon request and recommends the following three steps:

Step 2: Buy
Consumers should buy their converter box soon after their coupon(s) arrive in the mail. Consumers will receive a list of nearby participating retailers with their coupons. They should do their research swiftly and make a timely purchase that’s right for them. Coupons expire in 90 days from the date printed on the card.

Step 3: Try
Once a consumer has purchased a TV converter box, they should try the box on their analog TV. This provides the opportunity to test the box and troubleshoot potential problems prior to the transition date. Installing a converter box also provides the immediate benefits of a clearer picture and more channels, where available. If you need further technical help, the Federal Communications Commission provides a useful guide.