Secretary of Education Betsy DeVos announced last Friday that she will roll back Obama-era regulations, which were devised to protect students from for-profit colleges.

In a move that heartens the industry, DeVos is extending the deadline for schools to report data on the gainful employment rule, which requires “that career training programs, many of which are at for-profit colleges, graduate students whose loan payments don’t exceed 20% of their discretionary income, or 8% of their total earnings.[…] Programs that don’t meet those criteria for multiple years could lose access to federal financial aid,” reports MarketWatch, a financial website of the Wall Street Journal.

DeVos suggests that what’s important is the ability to pursue higher education, including career training—period. There’s no acknowledgment that the for-profit sector uses deception, fraud, and aggressive marketing to target vulnerable, usually low-income people, many of them minorities or veterans. Repeated studies have shown that such programs burden students with outsize debt and provide useless degrees.

Does It Matter That the Rules Work?

The New York Times recently concluded, however, that the regulations DeVos is so eager to overturn are actually effective at protecting students by shutting down bad actors.

“… a close analysis of the more than 500 failing programs that haven’t appealed their status reveals something interesting: A substantial majority of them, 300 or so, have already been shut down—even though colleges are not yet required to do so. The gainful employment test turns out to be an accurate way of identifying programs that for-profit colleges themselves don’t think are worth saving, as well as identifying programs run by colleges that are on the brink of bankruptcy and dissolution,” the Times reports.

But, instead of supporting the common-sense regulations, which even for-profits themselves have been able to use to identify failing programs, the Trump administration is apparently more interested in abetting vulture capitalism.

As the MarketWatch article reports, “‘It is very clear this administration is looking for any possible tool it can find to weaken or delay the gainful employment regulation, while they are re-regulating it out of existence,’ said Ben Miller, the senior director of postsecondary education at the Center for American Progress, a left-leaning think tank.”

Bottom Line: Steer clear of for-profit institutions. Not sure if your school is for-profit? Look it up online. 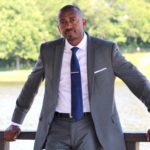 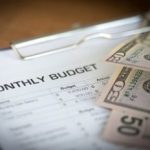 How (And Why) To Market Your Business on a Shoestring Budget