DeVon Franklin, CEO Tammy Williams and More to Appear on Our World 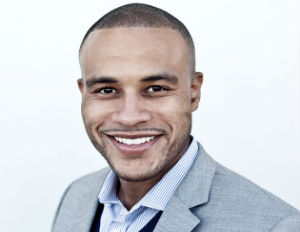 In this weekend’s all new episode of Our World With Black Enterprise, host Paul Brunson sits down with Columbia Pictures executive DeVon Franklin to discuss his remake of the classic musical, Annie, that’s set to hit theaters December 19th.

In a one-on-one interview, Franklin details his journey from being an intern under Will Smith’s production company to becoming one of Hollywood’s most bankable producers. In addition to giving viewers an inside view of Franklin’s career, Our World profiles founder and CEO of Open Rivers Pictures, Tammy Williams, to discuss her transition from a 9-to-5 job to starting her own production company that creates positive faith-based and educational programming.

Then in an all new segment of “From the Corner Office,” viewers are introduced to Tom Castro, founder and CEO of El Dorado Capital, which leads a coalition of Latino and African American corporate board members in an effort to increase the number of minorities sitting on executive boards. Finally, Our World spotlights a powerful video done by 19-year-old Princeton University sophomore, Alex Ford, who discusses his views on the recent protests that are taking place nationwide in reaction to the latest incidents of police brutality.

Catch an all new episode of Our World every weekend, on Saturdays via your local stations (check local listings), and Sundays at 10:00 a.m. EST on TV One.