Mayor Dave Bing (at head of the table) delivered his first budget address to City Council April 13 outlining his plan for the 2010-2011 fiscal year.

Detroit’s financial problems have become so great that it looks like the city is very close to having to submit to an emergency financial manager. And according to statements made to the Associated Press last week, Mayor David Bing, a former NBA player and steel supply company owner, is warming to the idea.

But, an article on MSNBC says that “if Detroit receives an Emergency Manager, more than half of the state’s black population, living in primarily urban centers, will be governed by un-elected leaders. More than 5,000 unionized city employees in Detroit–all of whom have already been working without a collective bargaining agreement since last spring–will totally lose control of contract bargaining.”

The article goes on to say that all across Michigan, emergency financial managers are “using sweeping powers to privatize public services, lay off city employees, and weaken public sector unions with little standing in their way.”

Read the entire article at MSNBC 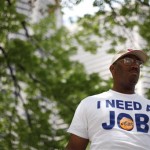 8 Useful Certifications for the Job Market