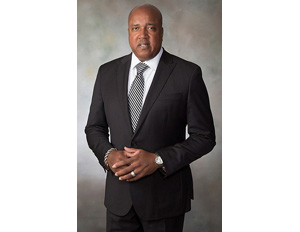 After researching the nation’s oil and gas industry, Moses Shepherd unearthed some compelling information: There are a scant number of minority suppliers operating in the $47 billion market. Hoping to seize upon a vast opportunity to compete in a business without many such rivals, Shepherd started ACE Petroleum this month.

Shepherd hopes to leverage his claim that ACE Petroleum is among just a few national oil suppliers that are certified as Minority Business Enterprises by the Michigan and National Minority Supplier Development councils, allowing him to fill a void in the industry.

Making Tax Laws Work for Him

A longtime Detroit real estate entrepreneur and businessman, Shepherd is confident his company can benefit from a federal law that provides tax breaks for businesses that use minority companies in purchasing materials and supplies. He also is optimistic that it can prosper from another tax incentive that he says reduces tax liabilities for companies using minorities that supply labor or services to a project funded with federal or state grants or loans.

Shepherd hopes those mandates—along with previous experience working in the oil and gas business—will help him build ACE Petroleum into a respected minority fuel supplier.

“Fortune 500 companies with fleets or specific fuel needs are the type of companies we are targeting as ACE Petroleum.”

But it won’t necessarily be a cake walk.

Jeff Lenard, vice president of strategic industry initiatives for the National Association of Convenience Stores in Alexandria, Virginia, described ACE Petroleum as a “jobber,” a term often used for a distributor that delivers fuel. The NACS includes fuel distributors as members and its overall membership provides 80% of the fuel sold in the USA.

As a new entry in the fuel supply market, a big challenge ACE Petroleum may face is how to set itself apart from the competition beyond price, Lenard says.

For instance, Lenard asks how will the company win business from existing suppliers who already have contracts with companies buying fuel for commercial fleets?

“The key here perhaps is differentiation and finding new opportunities before the competition does,” Lenard says.

Shepherd first learned about the industry after beginning his career in 1987 as a district manager at a fuel distribution firm. In that job, he claims he ran eight stores, managed 100 employees, and helped the outlets return to profitability.

Before launching his new company, Shepherd started Ace Investment Group, L.L.C. in 2003. The firm focuses on buying properties in Detroit and is now among the city’s largest black-owned apartment operators with more than 1,000 units. Both of Shepherd’s businesses are housed in a 13,000-square-foot building he owns in Detroit.

Moses says he also decided to start ACE Petroleum because the real estate business is now self-sufficient and run by an experienced, capable staff. He says ACE Petroleum has a deal with a well-respected automotive transport company. Shepherd lists brands like Budget, Hertz, UPS, and FedEx as potential clients. Others may include local and state municipalities. And, of course, he hopes to work with well-known Motor City powerhouses like General Motors, Ford, and Fiat Chrysler.

On the investment front, Shepherd plans to buy over 1 million gallons of fuel monthly after his company builds up sales momentum, something he figures will take about six to eight months with strong marketing and aggressive sales.

Unlike other fuel suppliers, Shepherd does not plan to acquire a fleet of trucks or invest in bulk storage fuel tanks. Instead, he plans to use so-called delivery agents to make actual deliveries to clients. He says Atlas Oil, based in Southeast Michigan near ACE Petroleum’s headquarters, will be his primary delivery agent.

“Atlas Oil gives me a broad spectrum to handle sales wherever Atlas has a presence,” Shepherd says. “They have customers in 46 states so this gives me the opportunity to broaden my base.”

Jeffrey McKinney is a long-time freelance business writer and reporter, contributing to Black Enterprise magazine for several years on a broad range of business and financial topics. 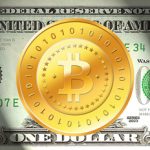