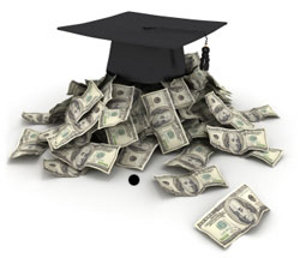 Demos, a public policy organization that works to create more equal participation in our country’s democracy and economy, recently published a post after the debate between the three Democratic presidential candidates on Saturday, Nov. 14.

Written by Mark Huelsman, the post explores the subtle differences between Hillary Clinton, Bernie Sanders, and Martin O’Malley, all of whom support the idea of lowering the cost of going to college. However, Sanders would like to institute tuition-free college for all, no matter how poor or how wealthy the family, whereas both Clinton and O’Malley reject the idea of tuition-free but embrace the concept of debt-free college.

Huelsman examined the data to answer the question: Who is now going to college without incurring debt?

Although some students finish school in the military, amass scholarships, or attend tuition-free colleges or colleges that don’t include loans in their financial aid packages, the culture of college-going now pretty much assumes the accumulation of debt. Yet there are students who finish school without taking on a loan burden.

Who are those students?

Huelsman says that student borrowing is “stratified along racial and class lines,â€ which the chart below makes clear.

The point is, students take on debt because they don’t have access to other resources.

But there is another interesting data point: 20% of students whose families earn less than $50,000 a year do not borrow to complete their degrees. These may be the students who are in the military, who amass scholarships, or who attend the tuition-free or debt-free colleges mentioned above. What about students not in any of those categories? In spite of our culture of student loan debt, books like Screw College Debt attest to the possibility of avoiding it, but it takes creativity, maturity, and a lot of determination.

How to avoid student loan debt or minimize its impact: