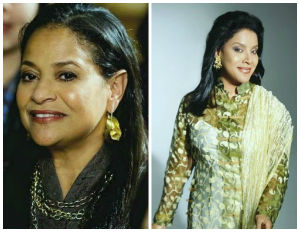 According to Playbill.com, it seems as though the dream for Debbie Allen and Phylicia Rashad to collaborate on a project may be coming true sooner than later.

The site reports that the two siblings will star as the Brewster sisters in a revival of Joseph O. Kesselring’s play, Arsenic and Old Lace.

“For the last four years, I’ve been trying to get this production up and running,” said director Otis Sallid, who is spearheading the project. “It’s always hard to get Phylicia and Debbie on board for the same thing. I thought it would be a brilliant idea to get Debbie Allen and Phylica Rashad in a Broadway production of Arsenic and Old Lace. They, at this point, have agreed to do it.”

Currently, Sallid is in the midst of acquiring the first-class rights to the play, which he claims has been the main hold up in bringing the project back to life. So far, Long Wharf Theatre in Connecticut and Huntington Theatre Company in Boston have expressed interest in producing the play, which Sallid hopes will debut during the 2015-2016 season.

The Obama’s Open Up About Their Personal Experiences With Racism