Dear Donald Trump: We Shall Not Be Moved 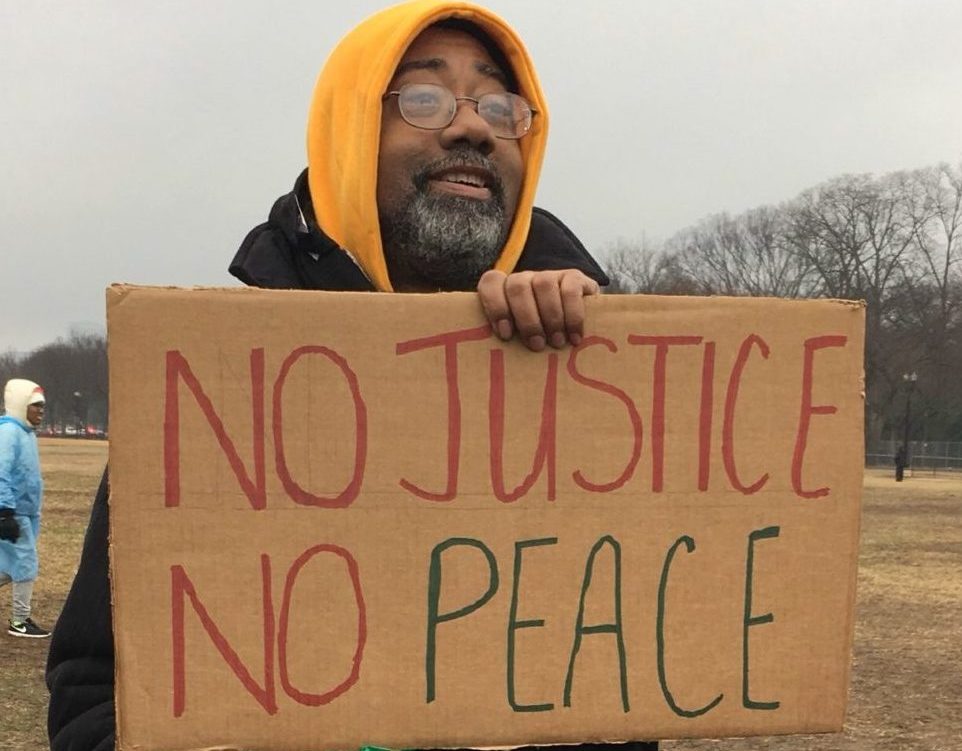 It was cold and wet. My fingers were numb. I could feel my boots sink into the mud as I stood with thousands of Americans at the Martin Luther King, Jr. Memorial in Washington, D.C., Saturday afternoon. However, despite our level of discomfort, we remained outside in the frigid winter rain in order to let Washington know that we would rather protest in the cold than watch healthcare, jobs, and progress towards criminal justice reform get rolled back under the incoming Trump administration.

About 2,000 people reportedly participated in the We Shall Not Be Moved March on Washington, organized by Rev. Al Sharpton and his organization, the National Action Network (NAN). Held on Martin Luther King weekend, activists vowed to continue to fight for Dr. King’s dream to bring jobs, economic equality, and freedom to marginalized Americans. Protesters also came out to demand the protection of civil rights and the legacy of President Barack Obama, as Congress works to repeal his signature healthcare law just days before President-elect Donald Trump comes to power.

“We march in the driving rain because we want the nation to understand that what has been fought for and gained, you’re going to need more than one election to turn it around,” said the Rev. Al Sharpton.

Dominique Sharpton, the Director of Membership at NAN and Rev. Sharpton’s oldest daughter, told Black Enterprise that the march and rally were held to send a strong message to the incoming administration.

While addressing the crowd at the podium, Marc Morial, president and CEO of the National Urban League, reiterated the purpose of the march.

“Just because an election has taken place, it does not change what we believe in, what we stand for, and what our vision for this nation is.”

In addition to protesting, Rev. Sharpton called for demonstrators to take direct action by demanding that elected leaders to stand up for our interests, and reject the nominees Trump has selected to fill positions in the White House, like Alabama Sen. Jeff Sessions.

“We need to make some house calls. We need to stay a little while,” he said.

Although Sharpton admitted that the rally was almost canceled due to weather conditions, organizers agreed to press on. “We are not fair-weather activists. We march in snow and the rain.”

How to Get a Good Business Credit Score Without the Stress