Daymond John On Being Broke Is An Entrepreneur's Greatest Asset 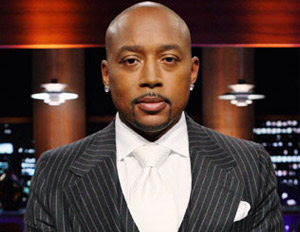 Daymond John helped revolutionize the streetwear industry and urban fashion in the 1990s as the founder and CEO of FUBU (“For Us, By Usâ€). He guided FUBU to $350 million in revenue in 1998, placing it at the same table with such designer sportswear labels as Donna Karan New York and Tommy Hilfiger. He grew the FUBU brand to over $6 billion in product sales globally to date. John also is best known these days as one of the star investors on ABC’s entrepreneurial hit series Shark Tank, which draws seven million viewers weekly.

JohnÂ has evolved into more than a fashion mogul. In 2007, the street-smart businessman penned his first book, Display of Power: How FUBU Changed a World of Fashion, Branding and Lifestyle.Â ThisÂ wasÂ followed by his next book,Â The Brand Within: Branding Yourself from Birth to the Boardroom. His latest book is The Power of Broke: How Empty Pockets, a Tight Budget, and a Hunger for Success Can Become Your Greatest Competitive Advantage.

The Power of Being Broke

“When your back is up against the wall, your bank account is empty, and creativity and passion are the only resources you can afford, success is your only option,â€ surmises John.

The Power of BrokeÂ was written to teach aspiring entrepreneurs how to take their biggest weaknesses and turn them into their greatest strengths. John believes that starting a business from broke forces entrepreneurs to think more creatively, use resources more efficiently, connect with customers more authentically, and market ideas more imaginatively. “It forces you to be true to yourself, stay laser-focused on your goals, and come up with those innovative solutions required to make a meaningful mark,â€ he writes.

Since his days growing up in Queens, New York, John has been practicing the “power of broke.” It started when he began making home-sewn wool caps and later t-shirts out of his mother’s basement, which he sold on the streets. With a $40 budget, he had to come up with out-of-the box ways to promote FUBU. “Luckily, desperation breeds innovation,â€ so he hatched an idea for a creative branding campaign. This included product placement with the then up and coming, local rapper, LL Cool J.

In his new book, John draws on his experiences as an entrepreneur and branding consultant, offers peeks behind-the-scenes from the set of Shark Tank, and shares stories of dozens of other entrepreneurs “who have hustled their way to wealth.â€

Last year, the White House appointed John, Global Ambassador of Entrepreneurship,Â as part of the PAGE Program. His initiative works with underserved entrepreneurs and emerging digital influencers, to help them build customer bases and brands. John also was tapped to work with President Obama on the My Brother’s Keeper program, which was designed to help create access and opportunities for underserved young men of color through mentorship and education.