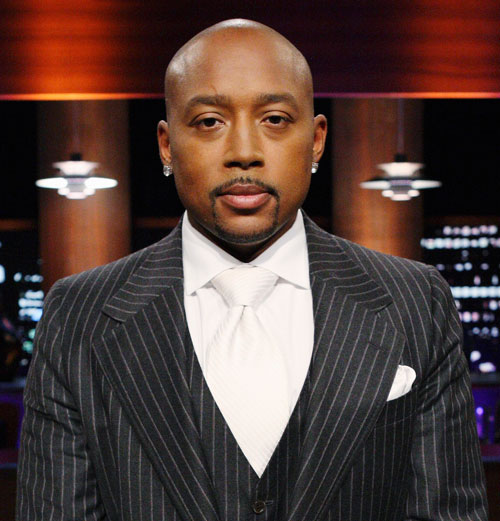 ABC’s Shark Tank co-stars Mark Cuban, billionaire businessman and owner of the Dallas Mavericks, and Daymond John, brand expert and founder of FUBU clothing, are among a cadre of celebrities, politicians, finance and business leaders who will convene in Washington, DC, August 22-23, for the Kingonomics Innovation, Entrepreneurship and Investment Conference.

Crowdfunding expert, executive in charge of diversity and outreach for ABC’s TV show Shark Tank, and Kingonomics author Rodney Sampson is bringing more than one hundred experts in entrepreneurship and investing to the nation’s capital during the 50th anniversary celebration of Martin Luther King Jr.’s historic March on Washington. The event is intended to illustrate a new shift in the movement from civil rights to economic rights and empowerment through crowdfunding and other investment initiatives.

Kingonomics will include an Emancipation of Capital Gala (Thursday, August 22, 6 pm to 10 pm) and awards ceremony designed to celebrate access to capital and crowdfunding and honor innovators, entrepreneurs and investors that have emancipated and transformed their respective industries. Honorees include Vince Marold, Founder of Kaboom Sticks, Congressman John Lewis; Coach George Raveling (NIKE’s International Director of Basketball), Eric Guichard (Founder of Homestrings.com) and Joey Womack (Founder of sf35 & Pipeline).

During the gala, the “I Have a Dream: A 50th Year Testament to the March That Changed America by Bob Adelmanâ€ photo journal will be unveiled for the first time along with a graphic novel called “March: Book Oneâ€ by Congressman John Lewis, Andrew Aydin and Nate Powell.

The Kingonomics Conference and Boot Camps (Friday, August 23, 10am-6pm) will bring together over 100 experts in business and investment teaching thousands of entrepreneurs how to raise money through crowdfunding and other investor vehicles.

Companies that register for the conference also will have the opportunity to participate in a casting call for ABC’s Shark Tank (Executive Produced by SCLC Poverty Institute & Kingonomics Co-Chair, Mark Burnett). This event marks the first Shark Tank auditions to specifically target minority and women owned businesses.