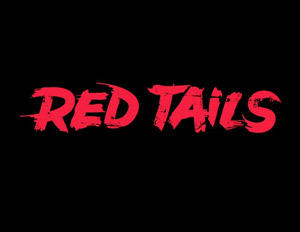 There’s much that can be said about and learned from the recently released George Lucas film, Red Tails. First and foremost, this is a movie that MUST be supported. Whether you show your support for the long overdue story of the Tuskegee Airmen, for the mostly Black cast, or for the tremendous efforts of Lucas himself in bringing this story to light, once again this is a movie that needs to be supported. There are however some critiques that can and should be made about the movie, but in the end, the success of Red Tails has far-reaching implications that will reverberate through and potentially alter the course of Black filmmaking.

Red Tails is the brainchild of Hollywood icon George Lucas, creator of both the Star Wars and Indiana Jones sagas. Set during World War II, the film is loosely based on the experiences of the Tuskegee Airmen, Black pilots in the segregated 332nd fighter group. It follows the experiences (both combat and life experiences) of a group of pilots stationed at a U.S. airfield in Italy in 1944. Bearing the burden of the blatant and institutionalized racism within the military at that time, the fighters of the 332nd were relegated to menial and inconsequential missions compared to their White counterparts. Eventually, the Tuskegee Airmen were granted the more prestigious and dangerous ground attacks, air cover and bomber escort missions. It was their impeccable record of escorting bombers that made them legendary among pilots in general.

While the plot of Red Tails was intense, dramatic, and lighthearted it was also at times clichÃ© and predictable. Whether it was the death of one character or the escape from death of another, the foreshadowing of those events just seemed too blatant. Speaking of characters, I often felt that I wanted to know more about the back-story of the men on screen. While there were surface dynamics provided, a more in depth treatment of the characters, their back-stories and experiences with a racist military structure–outside of Col. Bullard’s (Terrence Howard) meetings with military brass–could have helped me identify more with the characters. I even found myself put-off by some of the basic artistic aspects of the film (i.e. unnecessary and awkward accents, or even the font of the credits at the beginning of the film). In truth, I felt that the story left me unfulfilled and wanting more.

With that said, my critique of the film must be put in the proper context. The gaps in the storyline and the lack of in-depth character development reflect the shear amount of material the director, writers and producers attempted to include in the film. Trying to cover the realities of war, incredible fight scenes, a love story, character nuances and the racial-political realities of the military in a two-hour movie is certainly challenging. The story of the Tuskegee Airmen themselves–their triumphs, their tragedies, their battles in combat and their battles at home–is too great a story to be condensed into a two-hour time frame. It is for this reason that Lucas himself is on record as saying that he plans to produce both a sequel (covering the experiences of the pilots after returning home) and a prequel (documenting their flight training at Tuskegee University) if Red Tails proves to be successful.

The Mystery of the Swizz Beatz-Megaupload Connection 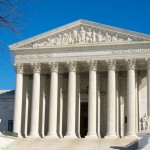