Are You Using All Of Your Credit Card Rewards? 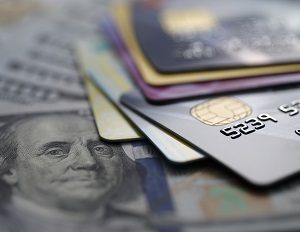 If you’re shopping during the holidays, it’s time to take advantage of the companies and card issuers that are upping their game, when it comes to giving customers credit card rewards. And why not? Consumer confidence got a big boost during November, after five consecutive months of pessimism, according to the U.S. Commerce Department.

There’s an arms race going on between card providers, in an effort to entice shoppers to use their card reward programs, according to the recent WalletHub Credit Card Landscape Report. Initial reward bonuses hit a record high in the third quarter of 2016, with a 313% increase in available cash rewards, and a 123%Â  increase in rewards points than were available in 2010. Moreover, the average annual fee has fallen for five straight quarters, while foreign transaction fees declined by 6.9% on a year-over-year basis, according to the report.

But people, especially the younger crowd, aren’t necessarily seeking a home run on savings for big purchases. Capital One commissioned a study and found that most millennials (60%) are seeking more frequentÂ smaller rewards. That’s in contrast to the nearly 70% of those ages 45-54, and 64%Â  of those 55 and older, who prefer to save for something “big.” Also, it’s all about cash back: Nearly three-fourths of consumers prefer cash rewards over other types of benefits, such as miles.

Additionally, most Americans have a favorable view of their credit cards, and it’s causing consumers to charge more on plastic this holiday season. The same Capital One survey found that 69% of respondents said they “loved” their credit card, while 82% said they have been with their card “for a long time.”

Consumers can take advantage when card issuers partner with big companies to provide joint offers. For example, Capital One’s Quicksilver card gives Uber users $15 in credits for every nine Uber rides, throughÂ March 31, 2017. Similarly, the Venture card is rated as the easiest for travel redemption, according to NerdWallet. Go online and look for the best rewards program offered in the niche you’re interested in–whether that’s consumer electronics, hotels, or airlines.

So, if these consumers are committed to their cards, why aren’t some cashing in on all the rewards? One of the reasons that cardholders become frustrated has to do with the restrictions and complex rules placed on how they can redeem cash back, points, miles, discounts, and other perks. Imagine spending months, or even years, racking up points for an important trip only to find out that your travel dates are blacked out, or that you can’t travel on your preferred airline.

While some reward cards are getting it right, there is room for improvement to make card rewards easier to use and more applicable across a variety of platforms. For now, shoppers can take advantage of a competitive landscape that allows them to leverage better offers and bigger perks.

She Makes More. Can You Handle It?