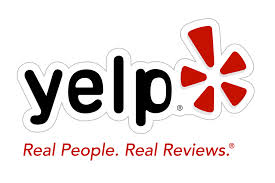 Online reviews can make or break companies. Studies show that 90% of consumers say that online reviews influence their buying decisions. Â A Harvard Business School study from 2011 estimated that a one-star rating increase on Yelp, the local search website, translated to an increase of 5% to 9% in revenues for a restaurant.

But many consumers are getting duped and the practice of posting fake business reviews online is getting out of hand, according to recent reports. Local business owners need to pay heed as Yelp and state agencies are now looking to take on companies that post fake reviews for violating laws against false advertising laws and engaging in illegal and deceptive business practices.

“Operation Clean Turf,” a year-long undercover investigation into the reputation management industry, the manipulation of consumer-review websites, and the practice of astroturfing, found that companies had flooded the Internet with fake consumer reviews on websites such as Yelp, Google Local, and CitySearch. In the course of its investigation, the Attorney General’s office found that many of these companies used techniques to hide their identities, such as creating fake online profiles on consumer review websites.

Last month, Yelp sued a San Diego law firm for saturating the site with positive reviews from employees of the firm. In fact, there is a cottage industry of companies that specialize in getting planted reviews past algorithmic filters. Besides using their own employees to write and post the reviews, companies also are hiring freelance writers from as far away as the Philippines, Bangladesh and Eastern Europe for $1 to $10 per review.

The research group, Gartner Inc., projects that by 2014, between 10% and 15% of social media consumer reviews will be fake.

People place faith in consumer reviews, buying from businesses that appear to be well liked, noted the Attorney General’s Office. That presents a predicament for such companies as Yelp and Angie’s List that want to be known for providing trustworthy customer recommendations as well as government officials charged with protecting consumers.

Put in Work: 4 Habits of Creative People That Can Lead to Success

Push It to the Limit: How to Become the MVP of Your Company