Could Republican Tim Scott Be Our Next Black U.S. Senator? - Black Enterprise 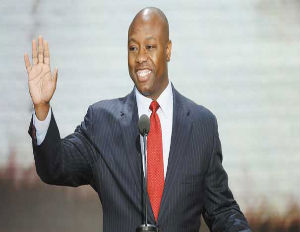 Tim Scott, a U.S. Representative from South Carolina, isÂ becoming the favorite to replace South CarolinaÂ Jim DeMint in the Senate. If appointed Scott, who is a Tea Party conservative, would become the first African-American Republican Senator since Reconstruction and the only black person in the Senate.

South Carolina Gov. Nikki Haley, also a Tea Partier, must make the appointment and DeMint has recommended Scott for the position. Â  Whomever Haley appoints will hold the seat until a special election is held in 2014 to pick a permanent replacement.

Haley posted on her Facebook page today that “whomever I appoint will haveÂ the same philosophy of government that Jim DeMint and I share.Â With all the challenges we face as a state and nation, it is essential that the next senator from South Carolina be dedicated to the principles that our state most values.”