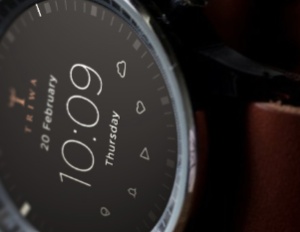 Various designers have come up with concepts for Apple's iWatch, ranging from high-tech to high-fashion.

Another day, another signal that Apple’s long-awaited iWatch could be on the way. This time, Apple’s latest acquisition is LuxVue, a display company that specializes in miniature low-power displays.

Apple confirmed with TechCrunch that it purchased LuxVue, but wouldn’t say why.

Apple’s gone on a buying spree over the past two years, acquiring companies both for their talent and their technology. In February it acquired app testing and distribution company Burstly.

In 2013, the company bought four mapping-related companies to beef up its own Apple Maps, which debuted to negative criticism.

LuxVue’s acquisition could make devices like the iPhone and iPad more energy efficient by reducing the display’s power draw.

Apple CEO Tim Cook wasn’t shy about the company’s acquisitions. “We are expanding Apple’s products and services into new categories, and we are not going to under invest in this business,â€ said Cook, during the company’s second quarter earnings call. “We’re also investing through acquisition, and we’ve acquired 24 companies in the past 18 months. To invest organically and to make acquisition strategically, we need to maintain financial flexibility.â€

No Luck in Your Job Search? You May Need Professional Help