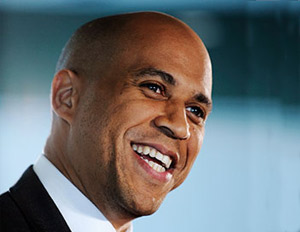 Mayor Cory Booker of Newark continues to keep his name in the news and his city in the spotlight. Earlier this month, the mayor pledged to live on food stamps for a week to step into the shoes of many Newark residents. The northern New Jersey nativeÂ announced on YouTubeÂ yesterday that he would complete his second term as mayor and will consider running for United States Senate in 2014.

Booker has already encouraged businesses, including Audible and Panasonic, to come to Newark; affordable housing has doubled, crime is down and the city’s population is on the rise. In 2012, the state’s largest city garnered Mark Zuckerberg‘s attention. The Internet entrepreneur pledged $100 million to Startup: Education to improve Newark schools.

If elected, Booker will take over for Frank Lautenberg who plans to retire in 2014.

Watch the shareable video below:

Who was the 1st Black Man to see Jesus?