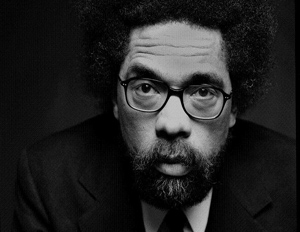 The historic election of President Obama in 2008 brought political activism among young adults to an all-time high. In an effort to sustain the millennial generation’s engagement, Brandon A. Lucas and Jeremy James Berry launched FWD Nation.

Endorsed by Dr. Cornel West, the youth-oriented online community caters to twenty -and early thirty somethings with the goal of “‘amping up’ the voices of the fast-paced, text-messaging, word-abbreviating millennial generation.â€

Both Lucas and Berry, employees of PBS broadcaster and New York Times bestselling author Tavis Smiley, felt driven to create an online portal that merges politics, business, technology and pop culture, among other hot topics. As the presidential election kicks into full gear, FWD Nation will have bloggers from across the nation reporting on the latest news.

“We live in a ‘FWD Nation’: the most multicultural, multiracial, multi-ethnic America ever,” said Berry. “It is our belief that where old media fails to depict this reality, new media will prevail!”

CEO and Founder of Buzz Marketing Group Tina Wells thinks the online space is ripe for a community like FWD Nation.

“Millennials are sharp,â€ said Wells. Â “A forum for this technologically-savvy generation, such as FWD Nation, will further display the rapidly emerging attitude of Generation Y, an attitude that will not allow them to simply stand by and watch life happen. Millennials are making waves, starting movements, and ensuring their voices are heard.â€

WATCH: Black Enterprise Reports from the #MillionHoodieMarch for Trayvon Martin