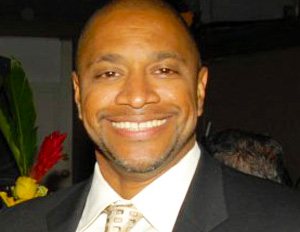 As the senior vice president for global recruitment and inclusion at Sony Pictures Entertainment, Paul Martin plays an integral role that helps this company meet its bottom line. Widely respected throughout Hollywood for his “get things doneâ€ personality, Martin plays a critical role in identifying the key talent that helps SPE remain competitive in the high-stakes world of entertainment.

Martin began his career as an executive recruiter at Merrill Lynch, before joining Warner Bros. Entertainment where he was vice president of Worldwide Recruitment. Since joining Sony in 2008, he has overseen staffing functions at all levels across the entertainment giant’s global operations. With his current appointment, Martin’s has been given the ultimate vote of confidence as a key decision-maker for the venerable company.

BlackEnterprise.com caught up with Martin to talk his philosophy on providing career opportunities in Hollywood and why he joins the plight to increase diversity in the film business.

BlackEnterprise.com: Why has diversity remained elusive in the entertainment and technology corporate space?

Paul Martin: Diversity is a work in progress across many industries, so I don’t think it’s accurate to call out entertainment and technology. To many people, diversity means only affirmative action. Some people also have preconceived ideas that diversity issues are focused strictly on color.

The diversity and inclusion field takes a broader view.Â  In fact, diversity today includes thought, culture, sexual orientation, and gender— to name just a few areas. You cannot speak of diversity as a one-dimensional approach. It is multifaceted and all the different aspects have to be part of your overall company strategy.

The working environment continues to rapidly change, too, which is impacting this field greatly. For example, we have more generations in the workplace than ever before. So, generational diversity is something we have to address today, as it is impacting our working environment right now. Our diversity and inclusion policies and programs are designed to take into consideration those changes.

What role can African American executives take to improve the issues around diversity & inclusion in the entertainment industry?

This effort is not about any group in particular. It’s about being inclusive of the cultural experiences of everyone— which includes our African American employees and executives. That said, I think it is important for all executives of color to support diversity and inclusion initiatives within their studios, and I think they can also call for an increase in the opportunities available to individuals of color both in front of and behind the cameras.

Personally, as an African American executive, I’ve been impressed by the sincere commitment to diversity and inclusion that is established throughout our company and is strongly supported from the highest levels. Our Chairman, Co-Chairman and entire senior leadership team are extremely active in all the Spectrum initiatives, and that commitment filters down throughout all areas and levels of our organization.

What’s your recruitment philosophy to identify the best job candidate?

The philosophy of recruiting has changed to reflect the new economy. No longer is it effective to be reactive, and it takes a lot more than a single job posting to find top talent. To attract the best candidates, relationships need to be developed over time and through multiple communication channels. This involves both social and traditional media.

At SPE, we engage candidates and attract their interest in our company in as many ways as possible. We also find this helps us to increase brand awareness and allows us to identify potential short and long-term opportunities for individual candidates.

Do you have three top must-haves when reviewing employment candidates?

We look for high-performing candidates with defined career paths. We’re interested in people who set career goals and are focused on over-achieving against them, are driven by what they need to do to get to the next level, and want the ability to develop and grow their experience, skills, and knowledge. We also look for risk-takers and people who enjoy the challenge a new environment presents. Plus, we want forward-thinking individuals who lead business solutions and practices that are transforming the world in which we live. I guess that’s more than three things!

#GT2012: One Networker’s Passion for Golf And Business

Towanda Braxton Dishes on Her New Business, Her Marriage and Her Sisters