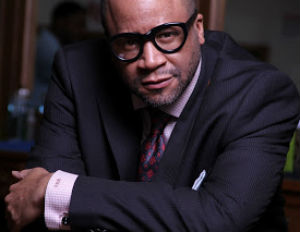 To say that Munson Steed oversees a media empire would not be an exaggeration.

CEO of the Steed Media Group, a multimedia company that includes flagship publication, Rolling Out— the largest chain of African-American-owned weekly newspapers in the country—-he’s literally got his finger on the pulse of black urban America.

But more than that, Steed, whose conglomerate has included magazines (Direct Wire), video and music programs (F.M. Video and Today’s Jazz), comic books (G-Force), Websites (Blackbookstore.com), and a record label (Soulestial Elements), considers himself a visionary who is focused on building and maintaining a brand that is entertaining, politically relevant and civic-minded.

For him this means forming strategic partnerships with other highly successful brands to help corner the market space.

“We’ve got some phenomenal partnerships with Ford, CBS, McDonald’s, American Airlines and other big companies,â€ Steed starts of his “360â€ print, digital, online and mobile platforms. “[Working with brands of this caliber] allows you to operate outside of the box, utilizing your relationship with the community so that your brand in its identity is part of how you communicate with the world. Whether it’s about acquiring a new skill set, making an acquisition, gaining community recognition, or the sharing and bridging of partnerships between services and technology, that’s what transpires as you build brands that are authentic,â€ explains the Morehouse graduate, who cut his entrepreneurial teeth while he was still in college, launching a retail and entertainment business specializing in promotions, as well the sales of T-shirts and other college paraphernalia.

Rolling Out, which is nearly 15 years old, is at the center of Steed’s “authenticityâ€ movement. He describes the paper as sort of a black version of the alternative weekly “The Village Voiceâ€— one that has helped to break the careers of now high-profile stars.

“We’re very proud of the members of our community,â€ he says. “We’ve been there with some stars since the beginning of their careers, like Nene Leakes for instance. We didn’t start covering Nene when she was on ‘The Real Housewives of Atlanta.’ We built a relationship with her when she was making much smaller plays. We even went with her on a trip to Paris. We recognize the brilliance of the people in our community and seek to put them in the spotlight.â€

Steed says that there are, of course, other methods to his business madness — beyond highlighting emerging personalities and staying connected to community through grassroots efforts. Much of his philosophy, he says, he’s discovered through relationships, self-education and by following the paths of his mentors.

“I had great support from African American agencies and brand managers who trusted my vision for executing things,â€ he says about the beginnings of his career. “And with my background as a promoter I was offered marketing opportunities on a grand scale. I’ve also looked to inspiring men like [Black Enterprise’s] Earl Graves, who made me believe I could do anything; also [BET’s] Bob Johnson and other individuals in the community who are and continue to be real businessmen,â€ he says. “Also I’ve found it’s always a good idea to immerse yourself in technology and read some of the best books on business that are out,â€ he adds. “That part is about educating yourself and having people trust that you have a vision — and then being able to share that vision effectively.â€

To that end he offers the following advice to aspiring entrepreneurs, regardless of what field they are looking to break into.

“Study the industry before moving into it,â€ he advises. “I can’t say how much you need to study. Also test your passion for what you’re looking to do. You need to figure out if you’re moving into an industry you truly love. If you don’t love what you do you will not stay with it. If it’s not a passion point for you then you’ll let it go,â€ he advises. “And the last thing is: continue to evolve and innovate as a businessperson and a brand. If you keep looking for opportunities to grow they will present themselves to you with little effort.â€