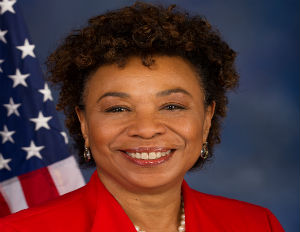 Some of the most successful women in the world are women who are simply not afraid to stand against the majority. Regardless of their titles, degrees or roles within an organization they take the lead on issues that matter, drive people to take action and inspire us to do more. As the only member of Congress to vote against the use of military forces in the wake of the September 11 attacks, Congresswoman Barbara Lee has built a legacy as a courageous advocate of peace and justice.

[Related: Patricia Arquette Calls People of Color and Gays to Fight for Women]

Lee was first elected to Congress in a Special Election in April 1998 and currently represents California’s 13th Congressional District. On March 7, in honor of International Women’s day, the Global Connections for Women will honor Lee for her work empowering women and young girls around the globe. Black Enterprise caught up with the global woman champion to learn more about her journey.

Most of us don’t grow up saying, “When I grow up I want to work in politics.” What inspired you to get into politics?

In college, I was uninterested in politics. I was taking a political science class and there was a requirement to work on a Presidential campaign. However, I was conflicted in my heart because I felt that I could not work for any of the leading Democratic contenders: Sens. Edmund Muskie (ME), George McGovern (SD) and Hubert Humphrey (NJ). I was on the verge of failing because of this requirement. Then I had the honor of meeting Congresswoman Shirley Chisholm (D-NY) during her run for the Democratic Presidential Nomination. I was the president of the Mills College Black Student Union and I had invited her to speak. After she spoke, I began working on her campaign, became chair of her Northern California presidential campaign and a delegate for her at the 1972 Democratic National Convention in Miami, FL.

Most recently, you sat down with KTVU Channel 2 to discuss the need to build trust between law enforcement and our communities. What can we do on a daily basis to take action on this issue?

We must keep up the street heat if we want to see the structural and institutional reforms that our criminal justice system desperately needs. People need to get involved in civil rights organizations, continue to protest and demand change, register to vote, call their legislators – at all levels – and hold them accountable.

We know that the system needs change. Now, we have to work to make it happen. I am reminded of Dr. King’s “Two Americasâ€ speech at Stanford University on April 14th, 1967: “We must come to see that social progress never rolls in on the wheels of inevitability. It comes through the tireless efforts and the persistent work of dedicated individuals.â€

Why are you so passionate about international relations with countries such as a Cuba, Sudan and Iran? How do these global issues have a local impact?

In today’s interconnected world, what happens in one place has global significance.

Members of Congress have a duty to help ensure our national security. Ensuring national security means giving President Obama the diplomatic space to prevent an Iranian nuclear program and working in Congress to end fifty years of failed policies towards Cuba.

Members of Congress also have a duty to help our economy and create jobs. In the case of Cuba, re-opening trade relations and lifting the fiveÂ decades-old failed embargo will allow for trade between the U.S. and Cuba and the creation of American jobs.

Finally, each of us has a duty to ensure the well-being and human rights of those that share our planet with us, especially the most vulnerable and those without a voice to speak out.

What accomplishments are you most proud of?

One of the accomplishments I’m most proud of is my work to create a national strategy and global infrastructure to end the HIV/AIDS pandemic.

Domestically, I called for the creation of a national strategy to combat HIV/AIDS, starting in January of 2009 with the introduction of H. Con. Res. 24. That August, President Obama announced a National AIDS Strategy. Thanks to this strategy, the bipartisan commitment of many in Congress and the dedication of activists, we are seeing a decreased rate of new infections across most demographic groups.

Globally, we crafted an infrastructure to end the HIV/AIDS pandemic. In April 1999, I introduced the AIDS Marshall Plan Fund for Africa Act. This legislation was used as a framework for the Global AIDS and Tuberculosis Relief Act of 2000, which I co-sponsored. This legislation, which established the framework for the Global Fund to Fight AIDS, was signed into law in August 2000.

In January of 2001, I introduced the United States Leadership Against HIV/AIDS, Tuberculosis and Malaria Act of 2002. The legislation authorized funding, gave agencies grant-making authority and called for a Global HIV/AIDS Coordinator that was appointed by the President. This bill would become the framework of the President’s Emergency Plan For AIDS Relief (PEPFAR). Â In December 2002, I led a letter, signed by every member of the Congressional Black Caucus, calling for a global strategy to address the HIV/AIDS epidemic. PEPFAR was announced the next month.

Sometimes throughout a person’s career, it’s necessary to break the rules. Can you share a time when you followed your instinct versus the rules?

In the days following the horrific and terrible 9/11 attacks, Congress considered a 60-word resolution that paved the way for endless war. I was the only Member of Congress to vote against this blank check for endless war.

Since 2001, that resolution has been cited more than 30 times to justify military action, wire tapping, indefinite detentions at Guantanamo Bay and drone strikes. Today, it is being used to justify a half-year long war in Iraq and Syria — a war that Congress has yet to debate or vote to authorize.

In 2001, I opposed the AUMF . Now, I am building support from Republicans and Democrats to repeal this blank check for endless war and re-establish Congress’s role on matters of war and peace.

What’s the one piece of advice you would give to an aspiring political leader?

Follow your head and your heart. Give back to your community and get involved in issues about which you are passionate.