Confederate Monuments Removed from College Campuses Across the Country 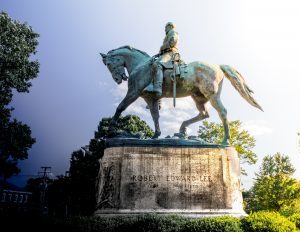 Confederate monuments on college campuses are coming down across the United States.

Bryan Stephenson, founder of the Equal Justice Initiative, New York University law professor, and author of the best-selling book Just Mercy, said recently on NPR that we wouldn’t trust Germany today if it had statues of Hitler and flew the swastika symbol.

He said Germans understood that their Nazi past was shameful, not a thing to be memorialized or romanticized. But in the U.S., we’ve never reckoned with our racial past—and one way that that’s flagrantly clear is in the number of Confederate monuments across the country—including college campuses.

According to a Reuters poll, most Americans want the Confederate memorials to remain in public spaces: 54% prefer preservation, 27% prefer removal; 19% said they didn’t know.

However, the Confederates were not the good guys. No matter what the South says, the economy of the Confederate states was built on slave (that is, free) labor. To fight for the Confederacy was to fight to entrench a system that fundamentally dehumanized people.

People who want to glorify so-called Confederate heroes in the North and South seem to forget that the Confederates fought against the United States. Where do we erect memorials to those we fought against in war?

The Confederates were not the winners, either. They lost the war. Yet with their majestic statuary and innumerable plaques and pedestals, you could almost convince yourself that they were the victors—or should have been.

And that’s why every single memorial should come down.

“I don’t favour statues of Nazi soldiers no matter how bravely any of them may have fought, for obvious reasons, and I would say the same about a Confederate general,” says Leonard Moore, a professor of U.S. history at McGill University in Montreal, Canada, in a post on MontrealGazette.com that describes the removal of a plaque in Montreal that commemorates Jefferson Davis, the Confederate president.

“…I’m an American. They tried to destroy my country, and I don’t like them.” 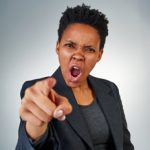 Are You a Manager or a Monster? 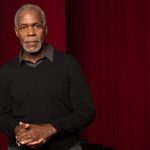