How Proposed SOPA Bill Can Affect Your Business 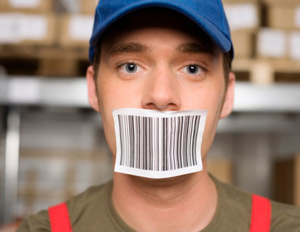 How would you feel about the U.S. government policing the Internet? Well, a new bill, Stop Online Piracy Act (SOPA) would allow them to control content on the World Wide Web as we know it today. There are major concerns with the application of this bill that run must deeper than just blocking Websites. Imagine for a moment what this type of censorship would mean: any content you post to Facebook, Twitter, YouTube, or any other social network or website could be blocked and become unsearchable on the Internet because of a single link.

The underlining issue of protecting intellectual property is a real problem, which is supposedly why the bill has been proposed. For content providers law enforcement to fight online trafficking and copyrighting infringements sounds like a noble and justifiable reason to pass the bill. But, the collateral damage of this bill’s passage would be so immense that it would far out weight the value that it would provide based upon how the bill is proposed today.

The Impact of SOPA on Entrepreneurs

Let’s look even deeper at this bill, which would be stifling to entrepreneurs, who are the lifeline of the economy. Booz & Co. interviewed 200 prominent angel investors and venture capitalist about this bill and reported that 70% of them would be deterred from investing if anti-piracy regulations were passed. This would impact innovation and job creation in the U.S. Think about the impact to Silicon Valley and other tech hubs, as well.

What Would be the Long-Term Impact of SOPA?

Which Popular Sites Would be at Risk?

What Actions Can You Take?

Sign the ‘Stop the E-Parasite Act’ petition by clicking here.

Check out the TechCrunch procedure list of over 40+ companies against SOPA by clicking here.

Why Your Support of ‘Red Tails’ is Important for Black Hollywood