Startup Competition Winners Say Mentorship Is The Key To Efficiency 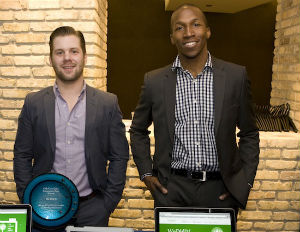 In an interview with Business Insider, Sulaiman Sanni, co-founder of nonprofit crowdfunding platformÂ WeDidIt, says finding a mentor early is the best wayÂ startups can focus on the things that really matter.

“You’d spend less time, not waste weeks, when you have someone who has already been there and done that to say, ‘Hey, this isn’t actually that important. You might as well make a decision now and move on,'” Sanni told Business Insider.

Moving on is exactly what Sanni and co-founder BenÂ Lamson have done for the past two years, as they’ve expanded their startup from a fledgling business idea into a competition-winning service.