How Our Company Bounced Back From a Failed Client Engagement 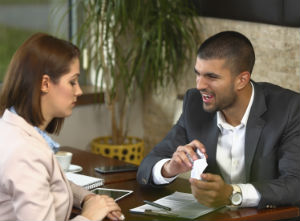 In the summer of 2014, my company was doingÂ great work with a large client engagement. Our team was excited, the client was happy, and our account was growing. Everything was going smoothly. As the months ticked on, the client was incrementally making up a disproportionate chunk of our revenue. In the past, as president and co-founder, it’s been my role to protect the company, which I did by never allowingÂ a client to make up more than 20% of our total revenue. In this particular case, we got caught up in the excitement of this new and fast relationship and we allowed the client to grow far beyond our comfort zone.

In the fall, our team started talking with C-level executivesÂ about a long-term, multiyear engagement between our two companies. The client started the conversation and spoke about how excited they wereÂ to engage with us. Given the size and seeming security of the opportunity, I decided to make hiring decisions in advance of signatures. Regretfully, I skipped on pursuing other opportunities because we felt this deal was going to happen.

We submitted our proposal in early November with the expectation that approval would come in a few weeks. But then it didn’t. AfterÂ 15-plus yearsÂ doing business,Â I know that silence is never good. The weeks dragged on and we had minimal to zero response from our typically chatty client.Â My team was ready to move; however, the client’s board of directors met in late January and decided to freeze all vendor work for the next year because of poor financial performance within the organization.Â

So I was left with my dream team now facing the opposite scenario of what we’d expected. We’d been on top of the world, but now had a very weak pipeline and too many employees for our weakened revenue stream.Â After many sleepless nights and high blood pressure readings, I made the gut-wrenching decision to cut the team.

George Morris is president of The FRAMEWORK,Â co-founder of TEDxBoulder and Colorado Chapter President for the Entrepreneurs Organization.

Your Helicopter Parent is Ruining Things for You

Creating a Smooth Transition After a Key Employee Moves On