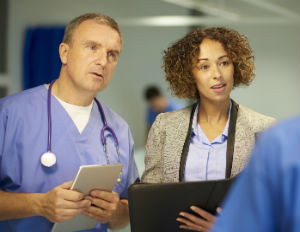 In May of last year,Â BE SmartÂ published a short piece on preliminary research results that suggested that health careers offered rich opportunities and higher salaries toÂ students who graduated from community college.

More recent research shows that students who complete a community college program of study that awards them a certificate also earn a fatter paycheck–and health careers, again, provide the biggest bang for the buck.

More people are earningÂ certificates–a credential that typically takes less time to finish than a two-year degree. Across the U.S.,Â nearly one million certificates were awarded in 2013—2014, or 33% more than in 2006—2007, according to theÂ National Center for Education Statistics.

AÂ 2012 reportÂ from Georgetown University’sÂ Center on Education and the WorkforceÂ refers to certificates as, “Bite-sized educational awards … [that] provide the on-ramp to college education and middle-class jobs for low-income, minority, and immigrant Americans, who are often the first in their families to attend college.â€

For the study, What About Certificates? Evidence on the Labor Market Returns to Nondegree Community College Awards in Two States, researchers examined data from community college systems in Virginia and North Carolina.

Among the key findings:

The researchers also suggested non-monetary benefits to earning certificates. Such credentials may increase your chance of breaking into an industry that offers flexibility or stability.