Do This in College Today to Ensure a Job Tomorrow 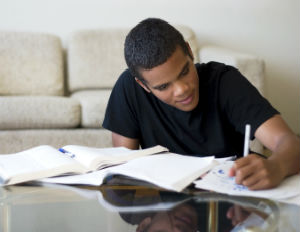 As the mother of one full-time college student and one college grad, I read the recent Atlantic article, “Ask an Economist: How Can Today’s College Students Future-Proof Their Careers?” with interest.

Some of that was self-interest. My husband and I are frankly looking to our children to care for us in our old age. In order for them to do that, they will need to be steadily employed and fairly high earners. They’ll need to take care of their own families first, and that’s why we’re investing in them now so we won’t have to do it when they’re 40.

According to the Atlantic piece, a 2013 Oxford study estimates that nearly 50% of American jobs are at risk of becoming obsolete in the face of technological advances. With technology advancing so rapidly, what’s a student to do? Today’s students could very plausibly be studying for careers that won’t exist much longer after they graduate.

An assortment of experts examined the question and came up with some expected and maybe some not-so-expected recommendations.

Ryan Avent,Â a contributor toÂ The EconomistÂ and theÂ author ofÂ The Wealth of Humans: Work, Power, and Status in the Twenty-First Century, made an interesting observation: that “skill sets are probably not as important to develop as habits of mind.â€ He describes creativity, discipline, conscientiousness, and “a bit of daring.â€ He says those qualities will well serve those who possess them no matter what technology brings.

Saadia Zahidi,Â the head of education, gender, and employment initiatives at the World Economic Forum, and a member of its executive committee recommends acquiring digital skills, but also combining those skills with strong social skills, calling the combination “critical.â€

Henry Siu, associate professor of economics at the University of British Columbia and a faculty research fellow at the National Bureau of Economic Research recommends developing problem-solving and people skills. He says being a problem solver “requires Â analytical skills such as logic, critical thinking, and a high degree of comfort with empirical research.â€ But it also requires “imagination and ingenuity. So there is value in gaining some exposure to creative writing, music appreciation, and other activities to develop mental agility.â€

Lisa D. Cook,Â an associate professor of economics and international relations at Michigan State University advises “large doses of economics and mathematics,â€ but she was also the only one of the quoted experts to recognize the importance of good writing skills, which she called a complement to skills in mathematics and economics.

To read more, go to the Atlantic.