How Colleges Can Retain and Graduate First-Generation Students 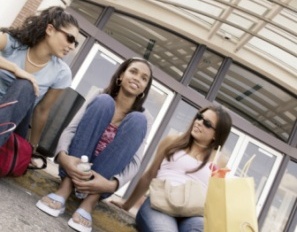 Much has been written recently (here,Â here,Â andÂ here) about how diversity on college campuses often starts and stops with admissions. Recent student protests at Yale, Claremont McKenna, the University of Missouri, and elsewhere indicate a disconnect between high-level administrators and first-generation students on the ground who often feel unheard, misunderstood, or marginalized during their transition to college. Students who are the first in their families to attend college often experience this in even greater degrees.

Positive change is possible–if administrators build first-hand knowledge of the problems and take high-level action. Following are some programs that create a campus culture of diversity, inclusion, collaboration, access, opportunity, and success for first-generation students:

1. Presidents’ Leadership Circles.Â Each university’s president should have first-generation students represented in their leadership programs alongside the high-GPA students, talented international students, and veterans, in order to reflect the diversity of the student body and our modern world. Meeting monthly with these students helps reveal gaps in programs and offerings and generates possible solutions.

3. First-Generation Housing Communities.Â Housing programs that group first-generation students together facilitate study groups, which, as Robert E. Fullilove and Philip Uri Treisman found (here), make a world of difference in students’ academic achievement levels, because students’ learning increases when students study with others of similar backgrounds. These dorm communities provide social support similar to that of a sorority or fraternity. Additionally, they can be a place to convene for those who are unable to travel during Thanksgiving and spring breaks (as their more affluent counterparts often do).

The Habits of Successful People